Doctors speak out against Enbridge

A group of Prince George doctors has come out against the proposed Northern Gateway pipelines. The 18 doctors declared their stance in a full-page ad in the Citizen last Saturday.
Jul 18, 2014 5:26 AM By: Christine Hinzmann 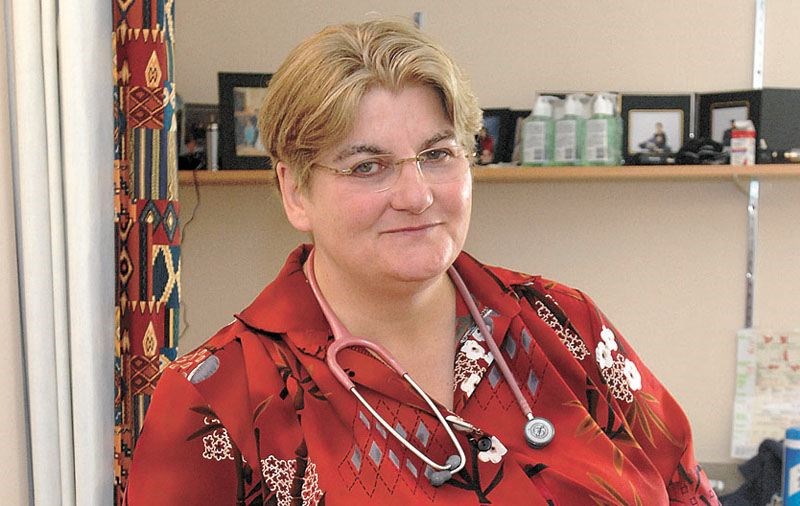 A group of Prince George doctors has come out against the proposed Northern Gateway pipelines.

The 18 doctors declared their stance in a full-page ad in the Citizen last Saturday. Similar ads with more doctors added to the list will appear again this coming Saturday and on Aug. 9, according to Dr. Marie Hay, a pediatrician and one of the doctors opposed to the development of the twin pipelines from northern Alberta to Kitimat.

"What we're concerned about are the very significant health risks involved, because we're physicians, you know?" said Hay. "We're not just interested in the health of people who live at the moment but also predominantly of the children and of the future."

There are three main areas of health concerns are air, land and water, said Hay.

"The pipelines are not stand alone, as it were, they are connected to the oil sands in northern Alberta and they are then going to be - if the Harper government has its way - connected to the oceans," said Hay. "Where the oil extraction is taking place, those lands are being ravaged by the whole process of the extraction. It's destroying the land and it will never be recovered back to what it was."

Hay said she's listened to many people who are Treaty 8 First Nations, who say the muskeg is contaminated and they can't drink the water.

"The animals they hunt and eat are contaminated and the air is polluted," said Hay. "If you drink it,if you breathe it, if you eat petroleum by-products you're going to have a much, much higher incident of cancer."

If this pipeline is allowed to cross the province, it will cross more than 700 major water ways including the aquifer that provides Prince George with its drinking water, said Hay.

"The Enbridge pipelines have a notorious history of leaks in their pipelines - the Kalamazoo is just one big example of this and there's been many, many more examples," said Hay.

A six foot break in an Enbridge pipeline July 2010 caused oil to spill into Talmadge Creek, a tributary of Kalamazoo River. It was the biggest inland oil spill - and one of the costliest to clean up - in U.S. history.

"So there's no doubt this pipeline will leak. This bitumen when it leaks, will not evaporate into the air, it will sink into the land, it's going to sink into the water and be there for another 100 years. Once the land and the water has been destroyed we will not be able to recover from that."

Hay said once the bitumen has made it to the coast there's always the risk of a tanker running aground, causing a massive spill from which the coastline would never recover, she fears.

"But I do," said Hay. "All they want is resource extraction at any cost and the health of our people for generations to come is at risk and we must protect our health and the way we do it is to have a healthy environment - air, water and land."

A Northern Gateway official said his company cares about residents just as much as Hay does.

"This is a vital infusion of funding for our province's schools, healthcare system, social programs and infrastructure," said Ivan Giesbrecht, Northern Gateway's communications manager. "In addition, $4.3 billion in labour-related income will be injected into the B.C. economy, including $800 million spent on goods and services like transportation, equipment, food and hospitality in local northern communities over the three-year construction period."

Giesbrecht said over the next 30 years, Northern Gateway will generate $1.2 billion in tax revenue for British Columbia.

Northern Gateway was the subject of the most thorough and exhaustive review for any project of its kind in Canadian history, he added.

"After reviewing thousands of pages of evidence and hearing hundreds of hours of expert testimony, the Joint Review Panel of the National Energy Board found that Northern Gateway can be built and operated safely," said Giesbrecht. "This review was a democratic, non-partisan, independent, and transparent process that Canadians can have confidence in."