The sunshine coast-based company is expanding to the northern capital
Jul 8, 2020 2:15 PM By: Hanna Petersen 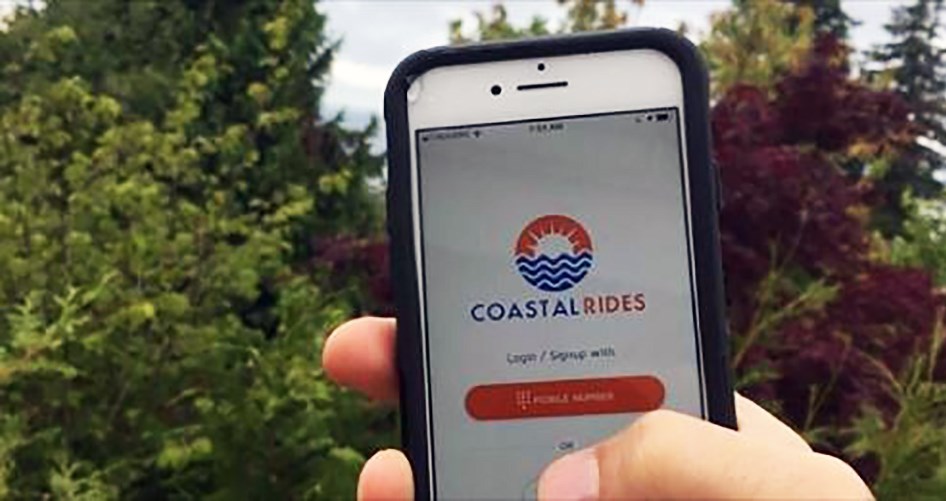 Coastal Rides will soon be launching in Prince George. (via Facebook)

Prince George will soon get its first ride-hailing service.

Coastal Rides, which operates on the Sunshine Coast, will soon expand to the northern capital according to owner Ryan Staley.

“I put together an application and it was always my intention to operate on the sunshine coast,” he said in an interview with PrinceGeorgeMatters.

“After I received the approval of the license at the end of February I was contacted by some drivers that were excited about working for this kind of operation and interested in bringing it to Prince George.”

Stately says because of COVID-19, however, the launch of the ride service has been delayed.

“It allowed us to take a look at our process and how we could safety onboard drivers and manage everything somewhere that is not local, but still with a local feel.”

He says the company will be doing a soft launch in Prince George in the coming weeks with two or three drivers starting daytime services before the company is able to onboard more drivers.

Stately says he hopes to expand to 10 or 15 more drivers in the northern capital.

Coastal Rides works the same way as most ride-hailing services: through smartphone applications, customers set up an account to make a ride request and then the nearest driver is automatically notified.

Customers see a fare estimate in the app and payment is made via credit card in the app, making the process cashless.

“When you open the app it will use your phone's location so it knows where you are to be picked up and you enter your destination address and it will give you an estimate of the fare based on time and distance that it’s going to take to complete that trip,” says Staley, adding the customer is also notified of the driver’s license plate and the make and colour of the car.

"Once the ride’s confirmed the customer will see the car on the app to pick them up. They can also communicate with the driver to coordinate."

“There is an element of safety in that we have a record of which passenger took a trip with which passenger,” says Staley, adding that the ability for customers and drivers to rate each other adds an additional safety measure.

“It’s important to know that we have to do an in-depth screening of all of our drivers for criminal record check and driver safety checks so that is something that gives people some peace of mind.”

He says ride-hailing also allows for a degree of flexibility to meet consumer demands.

“Because drivers aren’t on a schedule they can come when it’s busy so they can provide more service when it’s really needed and then drivers don’t need to be working or hanging around when it’s not busy,” says Staley.

Staley says there will be additional precautions taken when the service is up and running because of the pandemic.

“We are also working on our COVID-19 safety protocols so vehicles need to be sanitized between rides, passengers need to sit in the back seat, drivers will have a plastic barrier from the front and the back seats, and you will probably have to ride with the windows down just to help with airflow,” says Staley.

“Like everything right now things are operating a bit slower so we are going to ramp up slowly and carefully and make sure we take all of the care and attention we need to make it happen properly.”