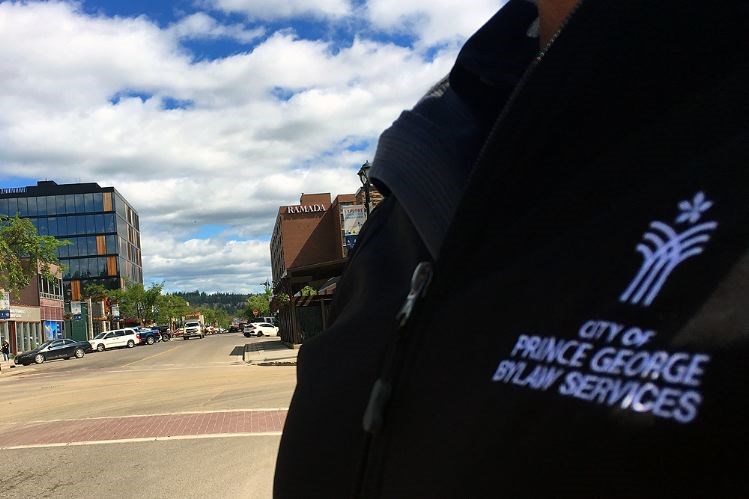 Since they started in mid-May, the bylaw compliance assistants have dealt with about 170 issues, the vast majority of them to do with homeless camps, city hall said Friday.

They are authorized to clean up small camps immediately, including removing improperly-disposed syringes, and coordinating other resources, such as Parks and Solid Waste Services staff and private contractors, for larger cleanups.

And they work to connect people requiring assistance to outreach services and coordinate with the RCMP Downtown Safety Unit and various social agencies.

"We have received several positive messages from business operators thanking us for this service, particularly relating to needle cleanup and removal of illegal campsites."

While the downtown is the focus, their territory includes the commercial area along First Avenue between Carney Street to the west and the Fraser River to the east. They also provide service in the commercial areas near Patricia Boulevard and Queensway.

During budget talks, council approved $52,577 to cover the full costs, wages and benefits for the positions from May 1 to Sept. 1. A review of the program will be provided to council after that date.