A major figure in the B.C. Assembly of First Nations has put the spotlight on the deaths of two Indigenous men in Prince George ahead of a peaceful protest in this city against racism. The rally is set for this Friday at city hall, 2 p.m. start.
Jun 3, 2020 12:01 PM By: Mark Nielsen 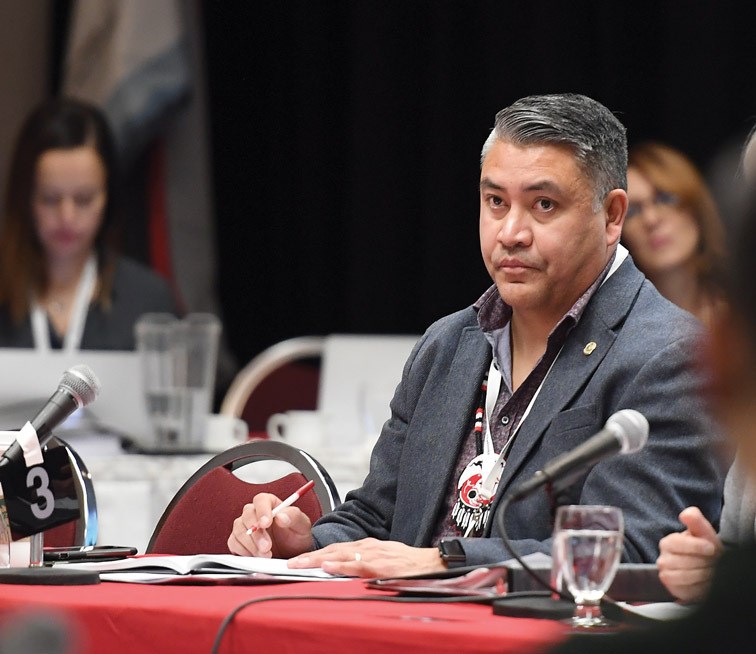 B.C. Assembly of First Nations regional chief Terry Teegee, seen here at a BCAFN assembly in March 2018, is remembering the deaths of two Indigenous men while in the hands of Prince George RCMP, ahead of a rally against police brutality on Friday.Citizen file photo

A major figure in the B.C. Assembly of First Nations has put the spotlight on the deaths of two Indigenous men in Prince George ahead of a peaceful protest in this city against racism.

The rally is set for this Friday at city hall, 2 p.m. start. It will be among a wave of protests across Canada and the United States sparked by the death of George Floyd, killed last week when a white Minneapolis police officer pressed a knee into the 46-year-old black man's neck for nearly nine minutes.

In a statement issued Wednesday, BCAFN regional chief Terry Teegee said the organization stands in support of the cause and made note of Dale Culver and Everett Patrick.

Culver died in July 2017 after he was pepper sprayed in a struggle with members of the Prince George RCMP, then collapsed.

Patrick, in turn, died in hospital in April after he had been taken into custody by Prince George RCMP on suspicion of breaking into a downtown business and went into medical distress while in the detachment's cells.

British Columbia's police watchdog, the Independent Investigations Office, is asking Crown counsel to consider use of force and obstruction charges against five police officers in the case of Culver and is looking into the death of Patrick.

The deaths are part of a larger and ongoing problem, Teegee suggested.

"Police forces in Canada and the United States have a long history of being instrumental in enforcing colonial law and order to eradicate Indigenous peoples, and control people of colour, and other minorities.

"Authorities utilized genocidal laws and policies such as forced displacement and assimilation tactics. Indigenous families were torn apart by the apprehension of children to submit them to the residential school system, and they continue to suffer from this trauma.

"Significant attention is being placed on the United States of America's judicial system; however, Canada cannot claim moral superiority in this area. Our nation too needs justice reform in order to end systemic racism towards minorities."

He also called on the federal government to push forward on release and implementation of an action plan in answer to recommendations from the inquiry into Missing and Murdered Indigenous Women and Girls. The plan was supposed to be unveiled this month, a year after the inquiry submitted its recommendations but Crown-Indigenous Relations Minister Carolyn Bennett said last week it will be delayed because of the novel coronavirus pandemic.