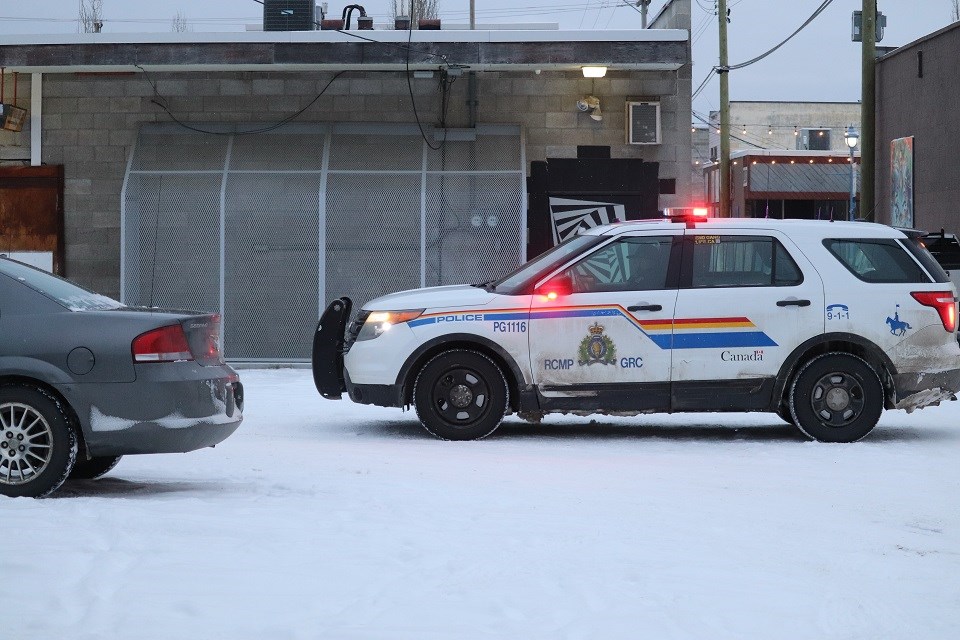 A man was released pending further investigation, but charges may be considered after he was found with some hockey cards stolen from a downtown building earlier this week.

Prince George RCMP say, on Wednesday (Feb. 10) at 3:30 p.m., they received an anonymous tip from someone who witnessed a man sifting through what appeared to be hockey cards in a parking lot near Second Avenue and George Street.

When officers were deployed to the downtown area, they seized the cards as evidence as they were reported stolen following a break-and-enter on Monday morning (Feb. 8).

An earlier statement regarding the incident explained the manager of a building on 200-block Victoria Street reported several items stolen that included some high-end rookie hockey cards, $10,000 in vintage coins, multiple laptops, an iPad and several hundred dollars in old currency.

Spokesperson Cst. Jennifer Cooper says the anonymous caller was initially concerned the cards they observed were the ones that were stolen from that business.

“The Prince George RCMP thanks the member of the public who called in the suspicious activity they witnessed. Their quick thinking helped to move this investigation forward.”

Additionally, police released a surveillance-captured image of a suspect involved with this particular break-and-enter, showing him enter the building at 3:45 a.m. on Monday.

It’s unclear if the man found with the cards on Wednesday was the one in the photo.C

Cst. Cooper explains the cards will be compared to those listed in the report and will then be returned to the rightful owner.

The suspect from the break-and-enter file was described as:

Charges may be considered depending on the final findings in the investigation.

The break-and-enter was one of six files reported to police in a 24-hour span. You can read the original story in the post below.

Anyone with more information is encouraged to call Prince George RCMP at 250-561-3300, anonymously contact Crime Stoppers at 1-800-222-8477 or go online to www.pgcrimestoppers.bc.ca.