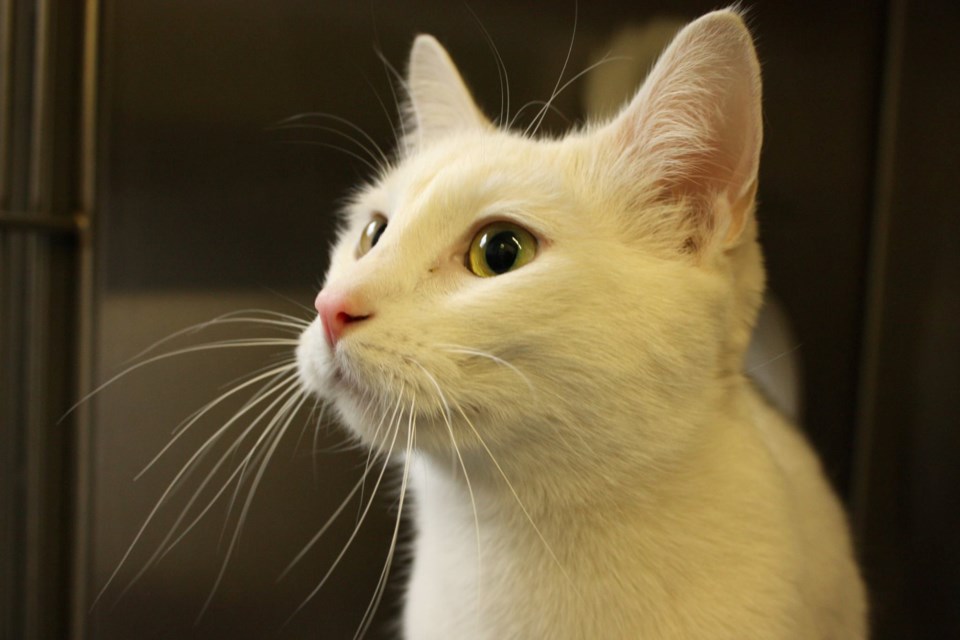 The cat, to be named Gloria, was rescued from the Hart dump (via Facebook/BC SPCA North Cariboo District)

A Prince George cat trapped in a locked carrier and covered in frozen urine has been rescued after she was abandoned in the Hart Dump.

The cat was abandoned sometime on Jan. 11th or 12th, after which she was found by a member of the public who heard her cries, found the carrier, and brought her to the SPCA.

“So why is this beautiful and loving cat's temporary name Hart Dump? Because that's where, in a horrifying act of cruelty, someone abandoned her. They did not just set her free to fend for herself, instead they disposed of her at the landfill in a locked carrier and left her to her fate,” writes the BC SPCA.

The local branch says the carrier had vast amounts of frozen urine in it, and the cat was infested with fleas.

She has since been treated, cleaned up, and is now recovering at the shelter.

After a mandatory 72-hour waiting period for strays is over, the cat will be spayed and ready to find her forever home.

The SPCA says they are thinking about naming her 'Gloria' after Gloria Gaynor, who wrote the famous song “I Will Survive.”