Canfor bounces back into the black in second quarter 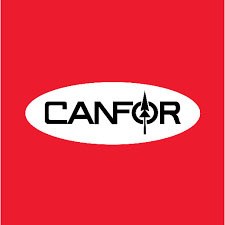 Canfor Corp. recorded $97 million in operating income for the second quarter, according to results issued Thursday.

The outcome marks a reversal from the $89-million loss for the first quarter of the year for the lumber and pulp producer and put the company $8.1 million into the black on that measure year-to-date.

The gain was offset by a moderate decline in the company's pulp and paper sector.

Income adjusted for a range of items, including $14.4 million in restructuring costs largely related to the permanent closure of the Isle Pierre sawmill - which was announced in May and will take place in the third quarter - stood at $58.1 million, up from $8.9 million for the first quarter.

Adjusted net income per share was 67 cents, compared to a loss of 21 cents for the first quarter.

From a low of US$282 in April, the price for benchmark Western SPF 2x4s finished the quarter at US$432, first reflecting a dramatic drop in U.S. housing starts then a strong uptick in repair and remodeling and new home construction.

The increase in prices allowed the company to fully reverse an $80.6-million write down in its Western SPF lumber and log inventory.

After the extensive production curtailments for its B.C. sawmills in April and May, it saw "much improved" operating results towards the end of the quarter as prices improved and the Canadian dollar fell three per cent.

The COVID-19 pandemic weighed heavily on the pulp side. Demand for at-home tissue and supply disruptions in Latin America and Australasia pushed prices up in April but declined during the back half of the quarter due to a sharp decline in printing and writing demand and more moderate tissue purchasing.

As the sawmill curtailments in B.C. forced Canfor's Prince George-based pulp mills to more heavily rely in more-expensive whole log chips, the Northwood pulp mill was put on a three-week curtailment, the company noted. Largely due to the shutdown, pulp production fell 13 per cent to 260,000 tonnes for the second quarter.

The net loss from pulp operations stood at $1.1 million, compared to a $7-million gain for the first quarter.