A B.C. woman is the first person in the province to have developed a blood clot after receiving the AstraZeneca COVID-19 vaccine, provincial health officer Dr. Bonnie Henry said on Thursday.
May 6, 2021 2:46 PM By: Arthur Williams 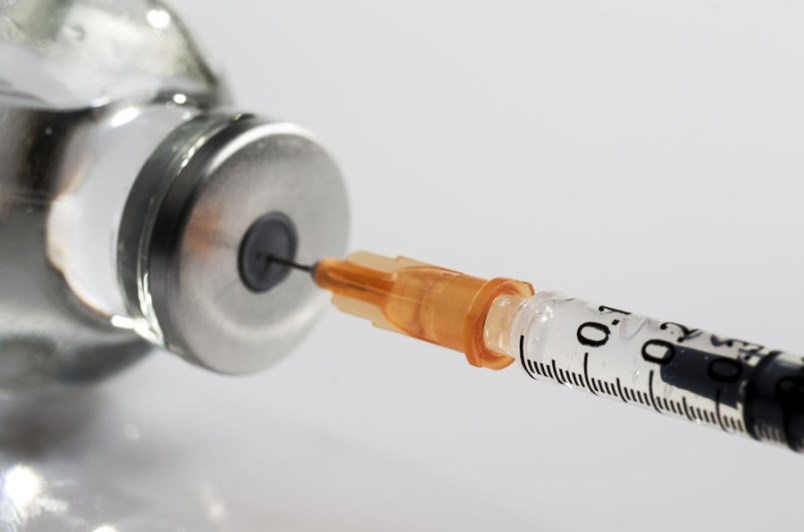 A B.C. woman is the first person in the province to have developed a blood clot after receiving the AstraZeneca COVID-19 vaccine, provincial health officer Dr. Bonnie Henry said Thursday.

The woman in her 40s from the Vancouver Coastal health authority area started showing symptoms five to six days after receiving the vaccine, Henry said. She consulted her doctor, who ordered tests which identified the blood clot.

She is in stable condition and is being treated for the rare side effect of the AstraZeneca vaccine, which affects about one in 100,000 people, Henry said.

"It can be alarming to hear of this blood clot," Henry said. "(But) it is rare, and it is treatable. Our safety monitoring system is working."

The AstraZeneca vaccine is safe, effective and has a proven track record in the U.K., where millions of doses have been administered, Henry said.

People who receive the vaccine should self-monitor for signs of possible blood clots like a persistent headache, chest pain, shortness of breath, and swelling or redness in their arms or legs, Henry said. In cases where people have developed a blood clot after receiving AstraZeneca, it has generally been between four and 28 days after receiving the vaccine.

"This is rare and physicians know what to do," she said.

Henry said members of her own family have received the AstraZeneca vaccine, and British Columbians shouldn't hesitate to take it if it is available to them.

Those who have already gotten their first dose of AstraZeneca will have a second dose made available to them, she said. They may also have the option of receiving a different vaccine for their second dose, once the results of a study on mixing vaccine doses are available.

Blood clots are even rarer for people receiving their second dose of the vaccine, she added.

As of Wednesday, the province had administered 261,143 doses of AstraZeneca – including 11,112 in the Northern Health region. Many of those doses were administered through B.C. pharmacies.

"It is an excellent vaccine. (But) we're not expecting a lot more of it," Henry said. "The reality is, right now we have a lot of the Pfizer."

The news about the blood clot was announced the same day as the province hit a major milestone in its vaccination campaign.

"Sometime today, the two-millionth dose (of COVID-19 vaccine) will be given to someone in British Columbia," Henry said.

That is roughly 44 per cent of the eligible population.

More than 1.3 million of those doses are the Pfizer vaccine, and large numbers of doses of the vaccine are arriving regularly, she said.

"With the vaccine we have been receiving this week, we'll be able to move down the age groups quickly," she said.

Currently in Prince George, Northern Health is booking appointments for people aged 49 years old and older. Everyone 18 years old and older can register to be notified when they can book, by going online to getvaccinated.gov.bc.ca or calling 1-833-838-2323 between 7 a.m. and 7 p.m. daily.

On Wednesday, Health Canada approved the Pfizer vaccine for use in children aged 12 years old and older. Henry said the province is working on the details of how its vaccination campaign will roll out for children, and will announce those details when they have been decided.

Health Minister Adrian Dix said more than 178,000 people registered to get their vaccine booking notification in the last three days, but every person in B.C. should be registered.

"This is the time to register. Every single person in B.C. is going to have access to their COVID vaccine by the end of June, probably earlier," Dix said. "Yesterday 52,272 doses were delivered – that's a record. And we'll be setting more records."

On Thursday, there were 694 new cases of COVID-19 in the province – including 27 in the Northern Health region, Henry said.

One person in the Interior health region died of COVID-19 since Wednesday's report, bringing the provincial death toll from the pandemic to 1,595, including 140 in the north.

This story will be updated when the latest information about the Northern Health region is available from the B.C. Centre for Disease Control.