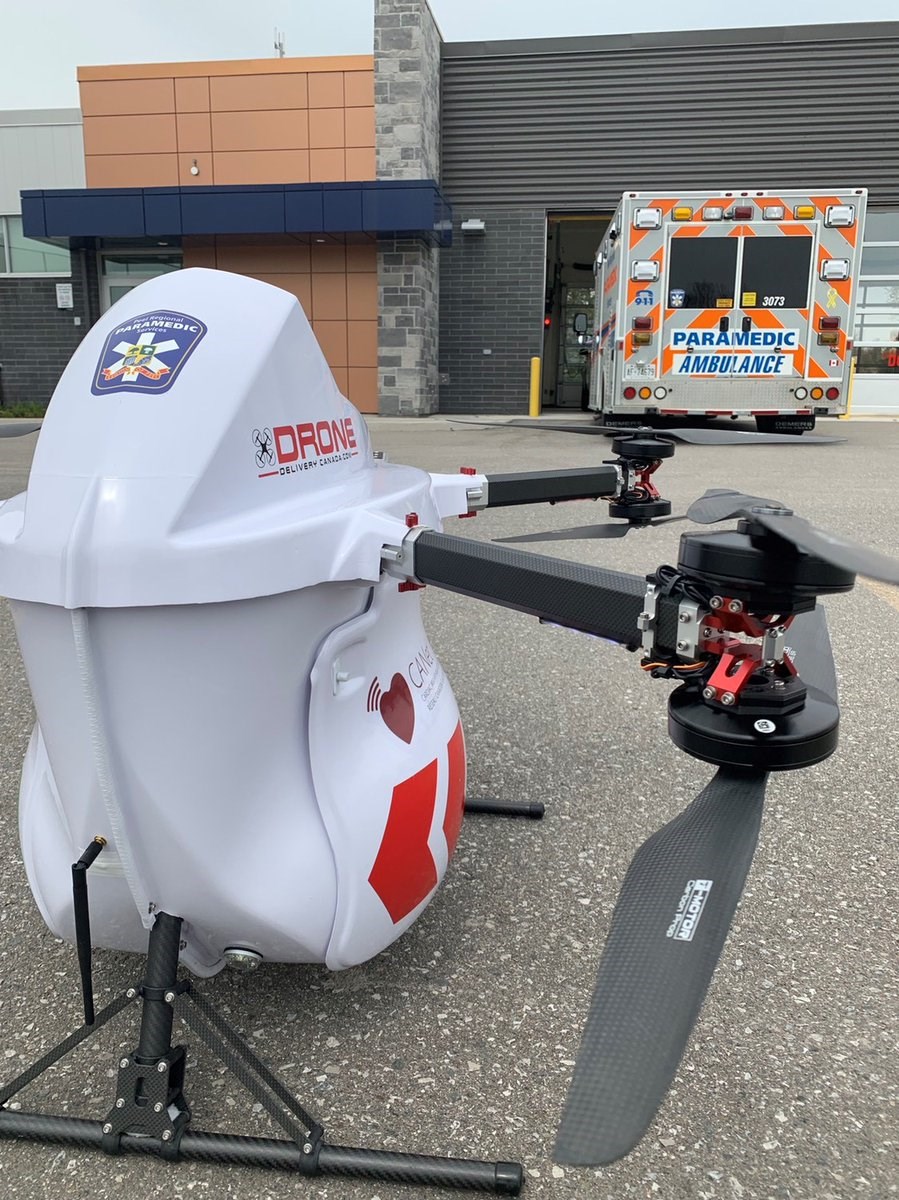 Retailers have started using drones to deliver products to customers in remote parts of Canada, and with companies around the world improving drone-delivery systems, an increasing number of Canadians are likely to soon be able to receive purchases by drone.

Google parent Alphabet Inc.’s subsidiary Wing is authorized in Australia to deliver retail purchases, such as food, drinks and medication.

In late April, Wing gained approval from the U.S. Federal Aviation Administration to conduct similar commercial drone flights in Virginia, and the company plans to further expand its service to Finland. Amazon.com Inc., meanwhile, has been testing drone deliveries in the U.K. and is seen as an emerging global competitor.

Drone Delivery Canada is the Canadian equivalent of these companies in that it has started to deliver commercial products in three communities, CEO Tony Di Benedetto told Business in Vancouver.

One of those is the island community of Moose Factory, Ontario, where Drone Delivery Canada (DDC) has a $2.5 million partnership with the Moose Cree First Nation to deliver products.

Di Benedetto said he aims to have DDC active in 200 remote communities within the next five years.

DDC is one of four companies that Transport Canada last year approved to operate drones beyond the line of sight of pilots.

Other companies that fly drones must have pilots who can see the device at all times and adhere to strict rules, such as staying within 122 metres of the ground and keeping away from air traffic. The same rules are in effect for individuals.

“We operate like an airline,” Di Benedetto said. “We’re in commercial operations. Our systems, our processes, the procedures – they have all been vetted and approved.”

He said that when DDC determines a route to fly a drone, it coordinates with aviation officials to have the route approved, much as an airline does.

Canada Post is allowed to conduct drone flights that are not within a pilot’s line of sight, as are Calgary-based Canadian UAVs, which conducts long-range pipeline surveys in Alberta, and Ontario’s ING Robotic Aviation, which performs infrastructure surveys.

DDC operates largely as a software company in that it buys drones or drone parts from various suppliers, and then loads its applications.

“Wow,” said Overwaitea Food Group president Darrell Jones when BIV told him about the Condor’s capabilities. “I didn’t realize that there were drones that could carry that much product.”

Jones’ grocery chain in mid-2017 opened its northernmost store in Whitehorse, Yukon. He said that there could be opportunities to use drones to deliver products from that store to people in remote camps.

“It really isn’t on our radar screen at the moment, but neither was grocery shopping online 10 years ago,” he said. “I haven’t given it a lot of thought, but one thing you learn in business is that you never say never.”

Di Benedetto said his company is first focusing on remote communities because drones offer a solution to the expensive problem of delivering products such as medicine to remote locations.

He cited the complication of drones not being able to drop products on customers’ condominium balconies as well as concerns about privacy, noise and safety given that they could fall out of the sky.

“In Northern Canada, there are food security issues,” he said. “It makes sense if they are making deliveries to Fort Chipewyan in Alberta, or Yellowknife, or Churchill, Manitoba, as those are the places that are having trouble getting groceries.”