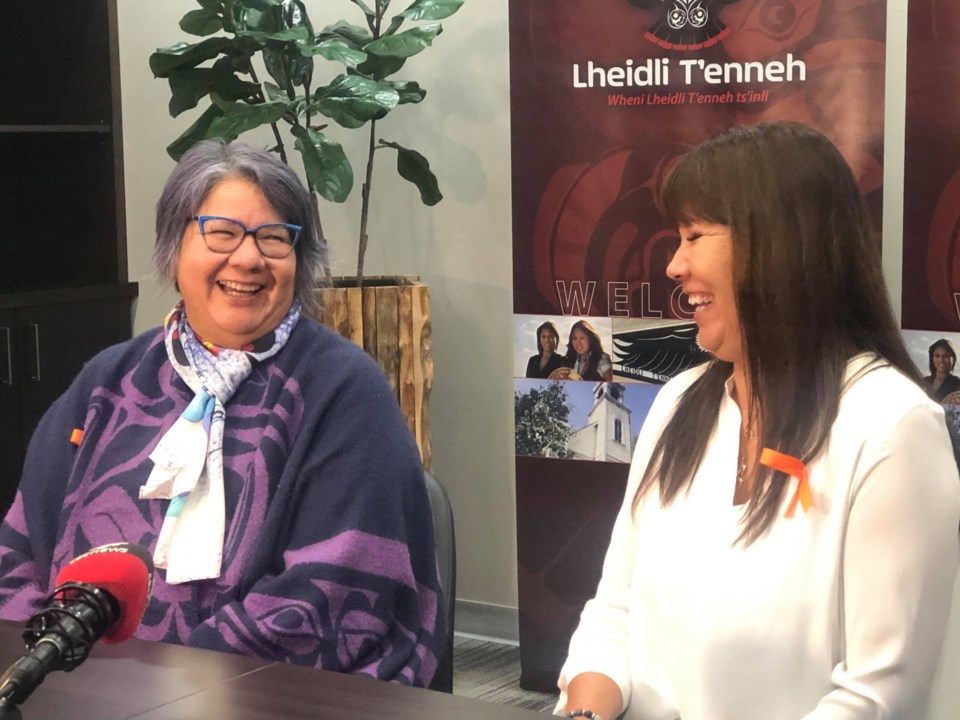 The fund supports community-led strategies to identify, investigate, document, maintain, protect or commemorate sites where remains may be located.

Each caretaker community can receive up to $475,000 for each site to support it through the steps of planning and carrying out site work and the liaisons provide a link between the communities and the province.

In June, the province of Ontario had announced a similar $10 million fund.

“I believe is very welcome news to First Nations in B.C. and B.C. has gone a step further by having two liaisons available to First Nations to help them navigate the funding process and to be the connection between the government and First Nations,” said Chief Archibald.

“These ground-penetrating radar processes that have been undertaken have given us a long-overdue proof and evidence that genocide has been committed in Canada and that our little children were the victims of genocide and that is an important acknowledgement that the average Canadian is making.”

She said she wants to call on the federal government to create a national strategy for residential schools that is unique to each region.

Chief Logan added she would like to take advantage of the funding to investigate Lejac Residential school near Fraser Lake, where many Lheidli T’enneh members attended.

“I think this funding, like I always said, should be in every school across Canada. They are all crime scenes they are all babies that didn’t make it home,” said Chief Logan.

“Some of our members have had their own personal journeys through this. It’s hard. It’s hard for me. When we do find the discoveries in Lejac it’s going to open up a whole lot of close wounds.”

However, Chief Logan said she was unsure if the $475,00 earmarked for each site would be enough to cover all the costs associated with a forensic search.

“It’s scientific so there’s a lot of equipment involved and a lot of expertise,” added Chief Logan. “We would have to ask Kamloops what they have spent to-date, to cover each school because each school is going to be different.”

“My hope this is seen as an initial investment to the process and not the ceiling.”

Chief Archibald, of the Taykwa Tagamou Nation in Ontario, is the first woman to serve as national chief of the AFN after she was elected on July 8.

She was invited to the province by Kukpi7 Rosanne Casimir of Tk’emlúps te Secwépemc in Kamloops and then invited to tour northern B.C. by Wet’suwet’en Chief Maureen Luggi.

Before meeting with Chief Logan she also met with Chiefs from the Carrier Sekani Tribal Council. She said there was a common thread of concerns she heard from northern B.C. Indigenous leadership which included housing, the opioid crisis, and land, water and resources.

“First nations in northern B.C. want to have a say in how the land is developed they want to be a part of those solutions and benefit and at the same time they want to have balanced agreements that protect sacred areas,” said Chief Archibald.

She said the issues often seen in First Nations communities across Canada are the result of colonization.

“What I find is when I am in communities it really allows me to connect with the people that are impacted by colonization particularly,” said Chief Archibald, referencing inadequate housing and boil water advisories.

“These issues that seem to plague our communities the result of colonization and to be in communities and to connect with people allows me as a national leader to carry that in my heart. I talk about myself as a heart-centered leader and so when I get to meet people and talk to them it really adds to that strength.”

- with files from the Canadian Press