The steampunk movement has a natural home in Prince George. The Central BC Railway & Forestry Museum is tailor made for the cultural aesthetic that marries the fashion and tools of the early 20th century, and that's right in the museum's wheelhouse.
Aug 18, 2018 10:17 AM By: Frank Peebles 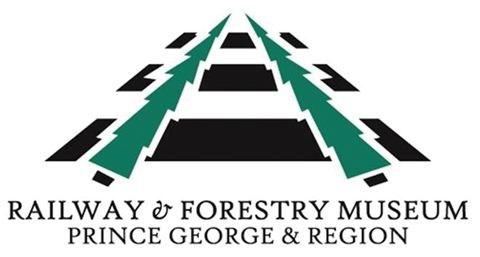 The steampunk movement has a natural home in Prince George.

The Central BC Railway & Forestry Museum is tailor made for the cultural aesthetic that marries the fashion and tools of the early 20th century, and that's right in the museum's wheelhouse. On Aug. 25, the facility will host its first ever Steampunk Day. Executive director Kathy Carlson explained that their wheels had been turning for some time, but some key partnerships got the cogs and gears to mesh together.

"When you hang out in a place like this, the steampunk ideas just roll in to you. We've been throwing ideas around for awhile, and this year we decided to go for it," Carlson said. "The theme is Through The Looking Glass, an Alice In Wonderland concept. Interpret that any way you like. I most definitely will dress up myself and the staff has been talking about a lot of things like what they're going to wear or what they can do to dress up the facility."

It's half dressed already in steampunk mechanical garb, what with all the boilers and steel wheels and exhaust pipes.

"Steampunk is all about the mix of Victorian glamour and the industrial age, a futuristic look back," said Carlson. "That's what we do every day, is look back at the steam era and use our imaginations around all these amazing machines from that exact time in history."

The staff are working with students to compose an exhibit on the history of train robberies to set the tone in the main gallery when visitors enter the first threshold into the museum.

Once through the second threshold, out onto the grounds where the trucks and rolling stock are on outdoor display. There will be more steampunk decor out there.

One of the partners involved in the event is Ridge Side Art. Proprietor Christina Watts is a personal fan of the steampunk motif, and she's leading a visual arts initiative that's built into the RFM fête.

"We will be taking part by curating one of the old station houses with an art display and competition featuring steampunk art," said Watts. "Steampunk art genres in the forms of photography, sculptures, and paintings are wanted in sizes less then 150 square inches (for example a 12-by-12 square or circular 15-inch dimension) - small art so we have room for participation."

There will be a 16-plus division and an under-15 division. Each artist may enter up to two pieces of art for display consideration (ready to hang).

All submissions must be dropped off at Ridge Side Art on or before Aug. 18. When it opens on Aug. 25, the public can vote on their favourites with prizes for the winning artists.

"We have given them the Russell House building to display that exhibit of art," said Carlson.

The RFM also put the call out to Steampunk Prince George, the city's premier group of steampunk enthusiasts. They stay in touch on a Facebook page, and co-administrator Teresa DeReis said this development was a welcome event she hoped would excite members to the boiling point.

"Since Victorian-era steam power is central to the concept of steampunk, the railway museum is a perfect setting," DeReis said. "To see a celebration of steampunk art is also very exciting. Since steampunk is so steeped in the fantasy genre, it can lead to some very interesting and creative artwork. If people are fans of steampunk, they're sure to enjoy this event. And if people are unfamiliar with it, this is a great opportunity to learn more, enjoy some unique artwork and maybe see some awesomely costumed steampunks in person."

DeReis suggested local thrift stores to find the bits and pieces of costume to create your own steampunk outfit for this special day. The Facebook page, she said, is loaded in photos and paintings that offer aesthetic hints.

"For women, think Victorian-esque skirts, trousers, blouses, laced boots, and vests/corsets. For men: suit jackets, slacks, suspenders, vests, and ties/bow-ties," she said. "Look for items in natural or faux leather, velvet, suede, silk, corduroy, cotton, and lace. Brown is the colour du jour, but really anything can work if the 'old-timey' feel is there.

"Then, add a 'punk' element with some wild makeup, temporary hair colour, wig/extensions, fake tattoos, etc. The only limit is your imagination."

The same goes for the event itself. Carlson was so enthusiastic about the possibilities, she was already casting her mind forward as she imagined the stylish past.

"Wouldn't it be wonderful to eventually have a northern steampunk festival in Prince George?," she said.