Akon won't be the only million-seller on stage at the Civic Centre this Sunday night. One of Canada's biggest urban pop acts will also be there, standing alongside two other Canadian music success stories.
Sep 17, 2015 10:02 PM By: Frank Peebles 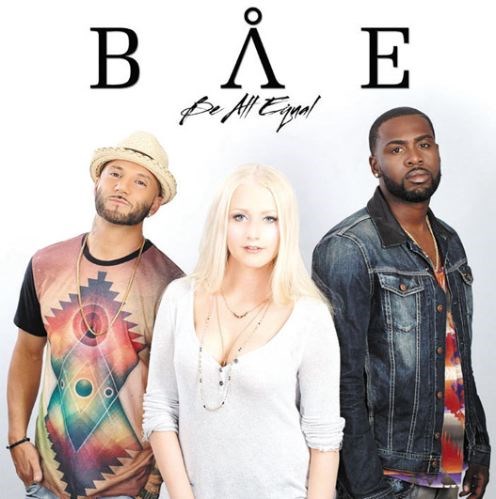 Karl Wolf, left, Brenda Mullen and Show Stephens form BAE, who will be in Prince George for a Sunday show at the Civic Centre.Handout photo

Akon won't be the only million-seller on stage at the Civic Centre this Sunday night. One of Canada's biggest urban pop acts will also be there, standing alongside two other Canadian music success stories. They have banded together as Be All Equal or BAE and the main fixture in the trio is Karl Wolf who had the megaselling hit Africa in 2009.

Wolf was a member of the award-winning pop band Sky (he replaced former Mackenzie resident James Renald in that hit Montreal-based group), then he struck gold as a solo artist with tunes like Desensitize, Carrera, Ghetto Love with rapper Kardinal Offishall, and more. He was also a TV star on the Quebec reality series Star Academie, he has collaborated with the likes of Ne-Yo and T-Pain and Timbaland and he is a sought-after producer working with acts like Mitsou and Dubmatique.

It was in this role that he met who would become his lead singer in Be All Equal. He was working with an act called Virginia To Vegas which had, as one of its members, Brenda Mullen. Yes, country music fans, that Brenda Mullen, the Canadian teen-star impressing Nashville with songs like Worth The Wait.

"Brenda is probably the best technical singer I've heard in my life," Wolf told The Citizen. "She's a machine. She is never off note. That blows my mind away."

When Virginia To Vegas took a break, Wolf couldn't resist building an act that included Mullen, but he wanted more. He had a new direction in mind, a deeper order of house-pop, so he called on another good friend to thicken the soup: Toronto-based Jamaican urban soul singer and rapper Show Stephens.

"Show is an incredibly smart, intelligent writer - an extremely quick thinker on the lyric side," Wolf said. "It's not my super strength, mine is more harmonic, and he brings the metaphoric cryptic genius."

One example has been offered by their record company, the lead single I'm Lonely. Wolf said it has been a little frustrating for the music producer side of him, because Be All Equal has created a whole package, more than 20 songs, and in the download age it is possible to blast them all out into the public at once. The kid in the BAE candy store wants to do that.

But Armada Music is a boutique label owned and carefully curated by Dutch trance DJ superstar Armin van Buuren. He has a plan for Be All Equal and the pitching of I'm Lonely like a dirty knuckleball has succeeded in stunning the public worldwide and tantalizing the audience for what's to come next. It is already circling the YouTube universe in a flurry of "you've gotta hear this" and an interesting metric has emerged. People don't just watch it once and move on. They click the replay button over and over again.

Wolf has felt the butterflies in his stomach before, as songs of his started to catch a popularity wave. Even the band Toto chimed in their appreciation when his version of Africa (in which his lyrics interweave with key hooks sampled from the classic '80s Toto song of the same name) blew up all over the globe. But this is different. There is a density and a darkness to I'm Lonely. This is not some sugarcoated finger-snapper of a song. The video is not laden, as past Wolf fare has been, with gratuitous female objectification and shallow glamour trappings. The music and the imagery is substantial, mature, and he knows it.

"I take pride in that," he said. "I love that we show what we do with live vocals, without autotune. There is nothing metallic about it. There is something so earthy about it, so inviting, and that is beautiful to me."

When he recorded Africa, he said, the soundtracking system in the studio contained 150 vocal elements. He recorded layer after layer of voice. Human harmonies are the secret button in the brain that pushes the best response to any song, he said, and you can look for proof back as far as Gregorian or Buddhist monks, slaves in antebellum American cotton fields, and forward into modern times in soul groups like The Temptations, bluegrass groups, African folk like that of Ladysmith Black Mumbazo, country-rock bands like The Eagles, boy- and -girl bands of all sorts and power-pop icons like Fleetwood Mac.

That was why he borrowed so heavily from those sorts of acts as he built his sample-heavy pop tunes earlier in his solo career, said Wolf, because he felt the primal rush of their vocal skills and he wanted to bring that back to prominence with youth audiences who have not been exposed to acts like Fleetwood Mac, Toto or Peter Cetera.

He has learned from that process, he said, and when Stephens and Mullen stood with him, he no longer needed to rely on samples from the past. They were suddenly baking their own vocal layer cakes.

"When you're too much alike (as bandmates), you cancel each other out. I think we are kindred spirits," as opposed to three clones," Wolf said. It makes for steady surprises and creative sparks even for each other.

"And they are really nice people," Wolf said. "I wouldn't hang out with them if we weren't friends. They are all determined, they love the project, they love 'us'."

Another friend is Akon. The megastar who has worked closely and collaboratively with the likes of Michael Jackson, Lady Gaga and other music legends also likes to work with Wolf. The two of them, along with Ludacriss, opened the MTV channel in Dubai with a special appearance, plus several tour dates together when Africa was at its height. Now they are working together in Prince George.

Wolf has been to this city before, set to do a show a few years ago as a solo artist, but for reasons unknown to him to this day, the show was called off. "So I have physically been in Prince George before, but this is the first time I'll get to perform."

The Be All Equal/Akon show happens at the Civic Centre on Sunday night. Tickets are on sale in advance at CN Centre box office, Studio 2880, and online at Ticketmaster's website.