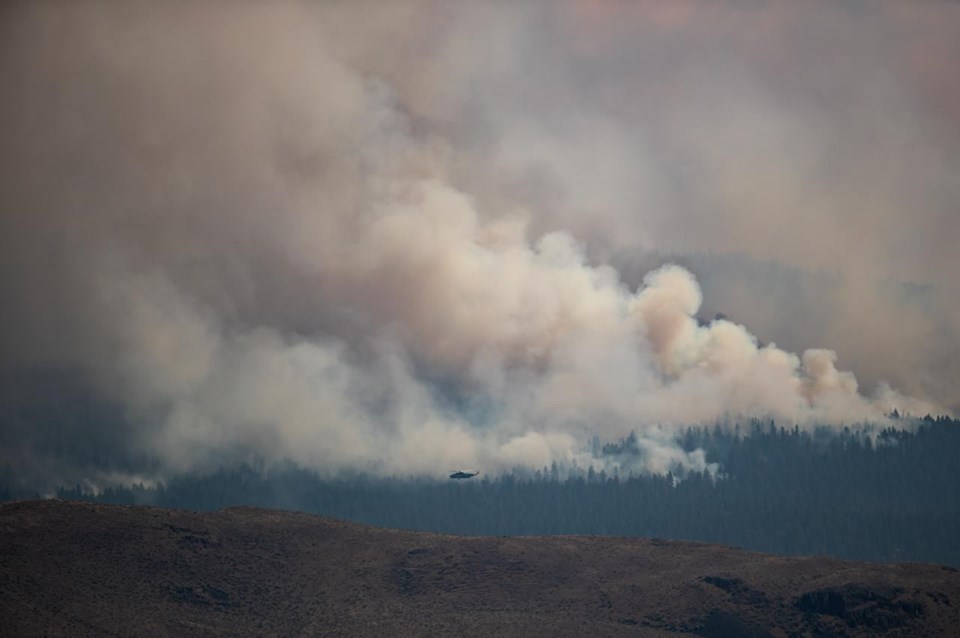 The B.C. Wildfire Service issued a wind advisory for the Cariboo Fire Centre on Tuesday afternoon and are urging residents in that area to be ready to leave their homes at a moment's notice.

"Wind activity may significantly impact fire growth in these regions," BCWS said in a bulletin that also applies to the Kamloops and Southest fire centres."The rate of fire spread will likely increase, and the direction of fire growth may change quickly on some wildfires."

For the Cariboo Fire Centre, the BCWS says winds from the west to southwest will begin to take hold on Wednesday afternoon,
with speeds up to 45 km/h and higher gusts near thunderstorms and continue on Thursday, with gusts up to 40 km/h.

"The top priority for the BC Wildfire Service is human life and safety. The public is urged to maintain heightened awareness of the current wildfire situation.

"People who remain in an area that is under an evacuation order may impede the ability of fire crews to fight a wildfire, because crews may be forced to stop fighting the fire to keep people out of harm's way.

"People who decide to "wait and see" if they need to evacuate an area may find their escape route blocked by fallen trees or abandoned vehicles, and familiar landmarks may be obscured by thick smoke."

More than a half-dozen wildfires of note are burning in the southern portion of the Cariboo Fire Centre. 100 Mile House and the surrounding are under a series of evacuation alerts.

As of Tuesday afternoon, there was little if any wildfire activity in the Williams Lake and Quesnel regions. City of Prince George spokesperson Mike Kellett has said the two communities are prepared to take in evacuees.

"Once filled, additional evacuees should move on to Prince George," Kellett added.

The advisory was issued the same day a Public Safety Minister Mike Farnworth declared a state of emergency, effective Wednesday.