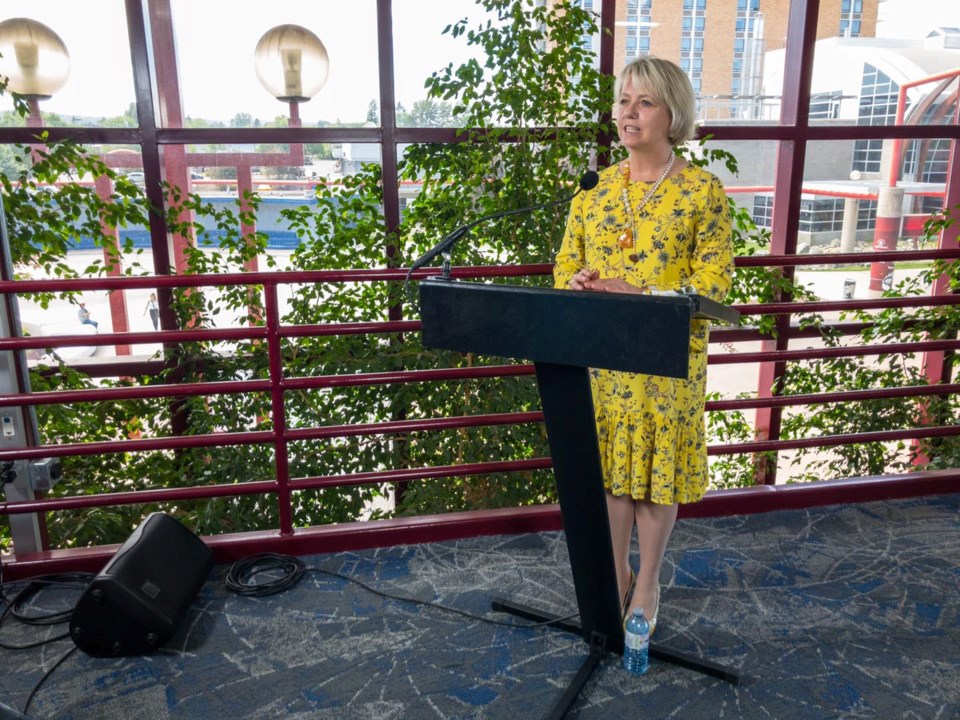 Advancing to the next step in B.C.'s easing of pandemic-related restrictions now appears to be just a matter of waiting for the date to arrive as provincial health officer Dr. Bonnie Henry said Wednesday that targets are being met.

Despite a lag in vaccinations in some parts of the province, notably in the B.C. Peace, Henry said the goal of delivering first shots to at least 70 per cent of adults has been met "here in the north and across B.C."

Low case counts and declining hospitalizations from COVID-19 also play role and the region and it's looking good on those two fronts as well as Henry noted that no new cases were reported in Northern Health on Wednesday. Active cases stood at 52 with six in hospital of which five were in intensive care, according to the B.C. Centre for Disease Control.

"As immunization goes up and transmission goes down, we're all that much more protected," Henry said in an interview. "That's really good news."

The move to Step 3 of the province's vaccine rollout strategy is set to occur on Canada Day. Among other things, it will mean a return to usual for indoor and outdoor personal gatherings although masks and careful social contact will remain recommended.

Henry was in Prince George this week to visit with health care providers on the front line of treating patients and delivering vaccinations.

"I think they're doing a really impressive job here and this is not a surprise to me. I talk with Northern Health pretty much every day about how things are going," she said.

Henry acknowledged challenges in delivering doses to some areas of the province. Like she did during a conference call with provincial media earlier this week, she emphasized getting doses out to people who can't make it into the larger centres.

"Now that we've got a lot of vaccines, we can start looking at how do we take it to people instead of only relying on the large clinics that we've had and really, here in the north, taking this 'all-of-the-community' approach has been really effective," Henry said in reference to sending health care providers into the smaller communities to deliver jabs.

"Going back to that and going back into communities and catching people up who missed it the last time is going to be really important."

Henry would like to see 80 per cent of adults vaccinated with both first and second doses and believes that milestone can be reached by sometime this summer.

"Obviously, I'd like to see everybody protected because that protects all of us but there'll be some people who can't or won't but we want to get as high as we can," she said.

Whether there will be a need for yearly booster shots, similar to those administered for the flu, remains to be seen. Henry said the virus behind COVID-19 doesn't seem to change as quickly as those behind the flu and while there may be a need for booster shots that have been tweaked to deal with any new variants, she doesn't think they will be needed every year.

"It may be every two years, every five years, but we're still learning about that," Henry said. "The next few months will tell, and we're going to have to pay attention as we go through our influenza-respiratory season starting in the fall, just to see what strains of the virus are circulating and if the vaccine is still working."

Meanwhile, Henry foresees a decline in deaths from opioids as the pandemic recedes.

"One of the biggest tragedies is that, as you know, the measures that we've put in place to deal with the pandemic have really made the toxic drug death crisis and emergency even worse," Henry said.

She added that the pandemic has also exposed the issues around such deaths and has provided some momentum to put in place programs that provide "pharmaceutical alternatives" to drugs purchased on the black market.