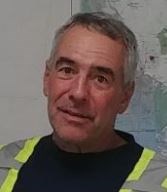 Gil GrahamScreengrab from Go Fund Me

An online fundraising campaign has been launched for a man who was seriously injured when a black bear attacked him at a remote work camp.

Gil Graham has had numerous encounters with bears over the more than 40 years he's worked in mineral exploration, but the one on May 31 was different.

In what Conservation Officers determined was a "startle event" Graham surprised a black bear as he was opening a camp about 70 kilometres northeast of Tsay Keh Dene, which in turn is at the north end of Williston Lake.

Graham suffered several injuries to his left leg and was rushed back to Tsay Keh Dene then airlifted to Prince George to undergo surgery.

"Gil has a long road to recovery ahead of him, which is estimated to take more than a year," Scott Smith says in a posting on Go Fund Me.

As of Wednesday afternoon, nearly $6,500 was raised but the goal is $50,000 in anticipation of unexpected costs he could face over the time Graham is off.

To help out go to https://gofund.me/0bfbdcf3.