B.C. Votes 2020: Which ridings are most likely to flip once all ballots are counted? 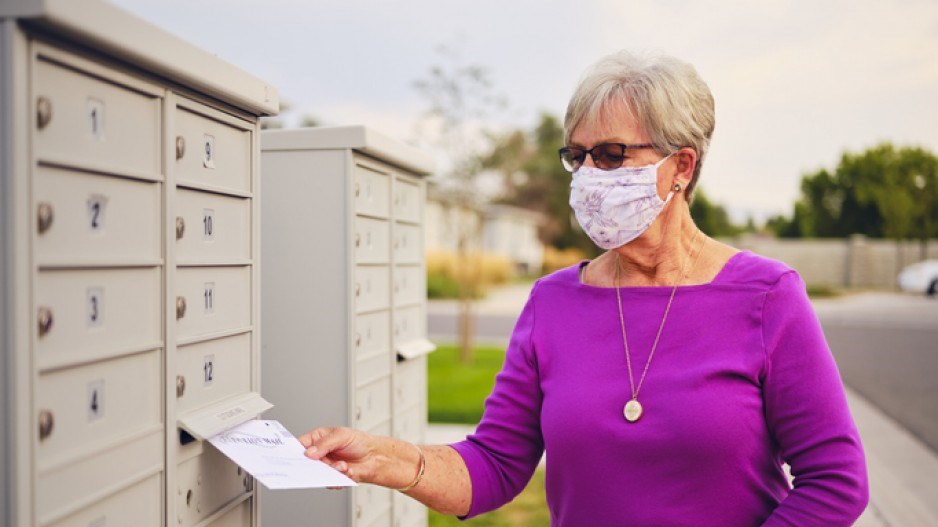 Voting by mail. (via Getty Images)

As the votes came in Saturday night (Oct. 24), it became clear that an orange wave was sweeping through Metro Vancouver and the Fraser Valley with the major broadcast networks calling an NDP majority government victory.

But exactly what this new government will look like is yet to be determined. Only 66.6 per cent of the votes were counted on election night and there are still over half a million mail-in-ballots still to be counted. 28.7 per cent of the votes were mailed in and an additional 4.6 per cent were absentee votes. Elections BC will have the number of mail-in votes by riding later this week. There are currently 17 ridings with a vote differential of less than 1,000 votes:  the Liberals in the lead in eight ridings, the NDP ahead in seven ridings and the Greens winning in one riding.

The closest race is in Richmond South Centre, where NDP candidate Henry Yao is beating Liberal candidate Alexa Loo by 124 votes in a riding where it or its predecessor Richmond East has never had an NDP MLA.

Abbotsford-Mission is not the Liberal’s closet race, but the riding’s make-up and meagre lead of only 188 votes means it has the potential to flip. The closest race for the liberals is Vernon-Monashee where incumbent Eric Foster holds onto a 180 vote lead. Vernon-Monashee also has a relatively high mail-in ballot request for a rural riding at 16.7 per cent, but as a traditionally safe Liberal riding it is unlikely to change according to Canseco.

Despite having a larger vote difference, the riding make up of Abbotsford Mission and Vancouver-Langara combined with the orange wave making its way  through Metro Vancouver and the Fraser Valley make these seats more likely to flip than Vernon-Monashee or Fraser-Nicola explains Canseco.

Polling before the election to determine which party is more likely to submit mail-in votes had favoured the BC NDP. According to an Insights West poll in late September, 54 per cent of decided NDP voters were expecting to vote by mail compared to 42 per cent of Liberal voters and 49 per cent of Green voters.. This would suggest that the NDP are more likely to win these tight races with the Greens holding an advantage on its 604 vote lead against the Liberals in the West Vancouver-Sea-to-Sky riding.

Even if the Liberals win in all of their tight races, it would only drop the NDP to 48 seats, not be enough to challenge its majority.

However, it could drastically impact the type of mandate John Horgan would govern with.

Vote leads of around 1000 will be difficult for any party to overcome, so it would take a monumental shift in voting intentions between mail-in votes and in person votes for Liberal Incumbent Stephanie Cadieux in Surrey south to lose their lead of 1217 votes.