Selina Robinson to serve as B.C.'s next finance minister 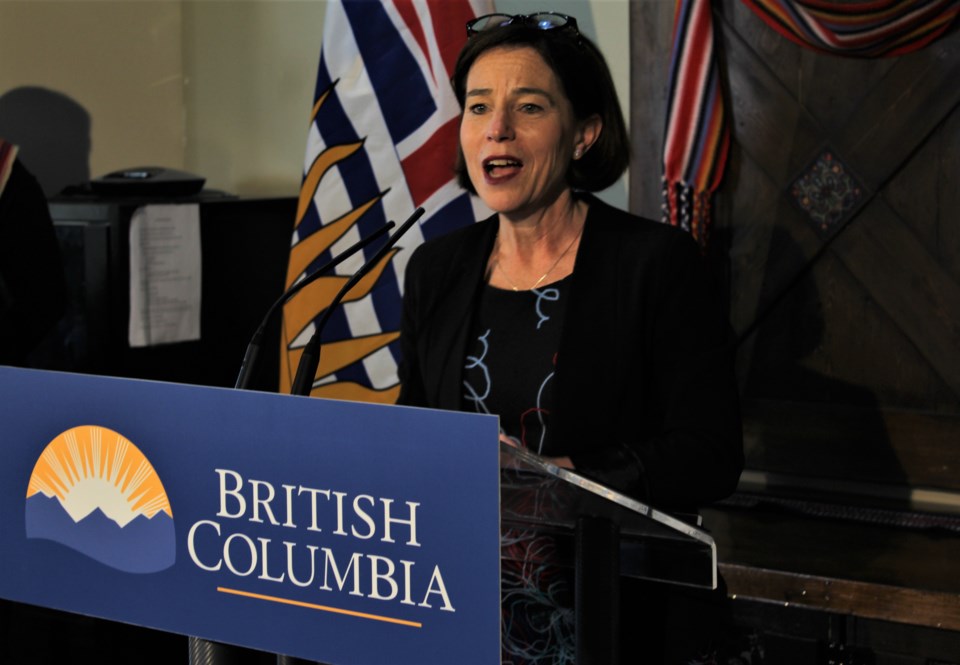 Selina Robinson will serve as B.C.'s next finance minister as the province battles a strengthening second wave of the COVID-19 pandemic that brings new costs and restrictions to B.C.

"These are extraordinarily difficult times for all of us. Families across British Columbia are struggling with the burdens of a pandemic now in its ninth month, with little chance of that receding in the short term," said John Horgan, who was sworn in today as the province's 36th premier.

"But we are buoyed by the good news of vaccines on the way. But until then, we have to continue to do our level best to keep the second wave of COVID-19 under control and prepare for the new year."

Horgan announced his new cabinet on Thursday, which sees a number of new ministers appointed to lead key economic portfolios, along with changes to existing ministries. The 24-member cabinet is balanced, with 12 men and 12 women appointed.

David Eby, Adrian Dix and Mike Farnworth have been re-appointed to their respective portfolios: attorney general, minister of health, and minister of public safety and solicitor general. Eby will also serve as minister responsible for housing.

Melanie Mark succeeds Lisa Beare as B.C.'s minister of tourism, arts, culture and sport – a portfolio expanded to include the latter. Mark previously served as minister of advanced education, skills and training.

George Heyman retains his role as minister of environment and climate change strategy. He remains the minister responsible for Translink.

Murray Rankin will serve as minister of Indigenous relations and reconciliation, succeeding Scott Fraser, who did not seek re-election.

George Chow has been re-appointed minister of state for trade, and Harry Bains, minister of labour.

Rob Fleming moves from the education portfolio to serve as minister of transportation. Bowinn Ma will make her cabinet debut as minister of state for infrastructure.

Horgan's NDP government won a historic 57 seats in B.C.'s general election this fall. It is the first NDP majority government to be elected in more than 20 years.