Only fully vaccinated Canadians to benefit from eased travel restrictions: PM
Jun 8, 2021 9:53 AM By: Tyler Orton 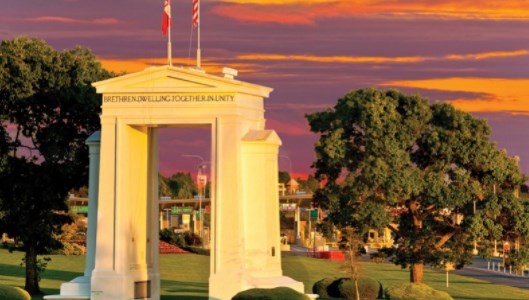 But Prime Minister Justin Trudeau stopped short of confirming Tuesday whether fully vaccinated Canadians will be able to travel more freely by this summer.

Instead, he emphasized multiple times during a media briefing that the easing of restrictions will target those who’ve received two vaccine doses.

“It’s very clear that even though one dose has allowed us to significantly protect Canadians and remove many of the pressures from our public health systems, it is still an incomplete protection,” Trudeau said.

“We need people to get the full two doses of their vaccines and that's why easing of restrictions will be focused on Canadians who are fully vaccinated, both because that's what the science dictates, particularly when it comes to some of the new variants of concern like the Delta variant.”

Canadians are currently required to quarantine when returning home from other countries regardless of whether they are fully vaccinated.

Meanwhile, border restrictions between Canada and the U.S. are due to expire or be extended on June 21.

“We are still very much working both with medical professionals, with epidemiological experts, with partners in the United States and when there are announcements to make, you can be sure we’ll be making them,” Trudeau said.

Federal officials have previously stated they envisioned at least 75% of Canadians being fully vaccinated by the fall.

But federal officials have remained cagey about plans for resuming international travel.

When pressed on when he expected border restrictions to ease, B.C. Health Minister Adrian Dix said Monday he didn’t wish to make any guesses.

“The key question that we will want to see answered is what steps are being taken when those things occur to ensure that we continue to be safe,” he said.

“Those are the things that I know that the federal government is working on.”