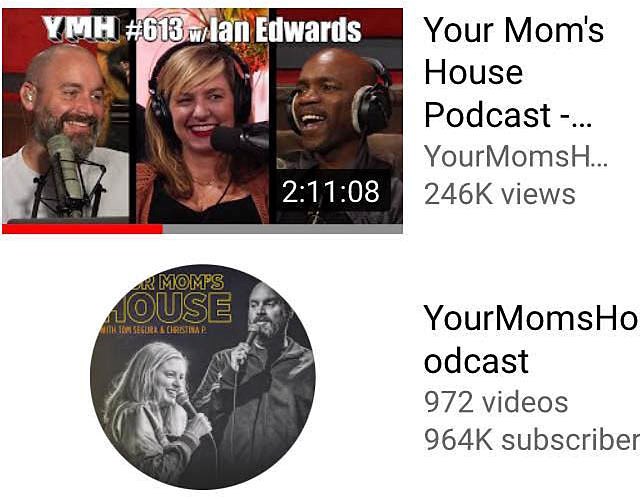 “This is a citizen’s arrest.”

“Have you ever lived in Canada,” asked Segura of his guest Edwards.

The pair then deconstructed Dawson Creek’s No Frill’s citizen’s arrest footage from earlier this year. The two comedians ran the footage and had a commentary on the track.

In March Kevin J. Johnston walked into Dave's No Frills with others rolling camera to buy soap. As they attended without masks, they were asked to leave. Upon exiting, the group met up with No Frills owner.

“First of all – to be like. ‘I have arrested you,’  Who actually thinks you can? I have to touch you, and now you are under arrest,” asked Segura.

“Canada is getting really American. To tell another Canadian that you are arrested, and you have to come with me,” said Edwards.

“That attitude is going to get everyone killed.”

The pair continued to riff.

“In custody? Where are you taking me, do you have a Mom and Pop’s prison? Can we franchise," asked Edwards.

The podcast, less than a day old, has more than 250,000 views on Youtube alone. Each episode tends to gather a few million views on one social media channel.

The two comedians continued as Johnston attempted to arrest No Frills’ manager Dave Krane -  and RCMP took Johnston into custody.

“Ian, you don’t know this Ian, but you are under arrest right now,” said Segura to Edwards.

Anderson then citizen-arrested Segura in the podcast studio.

“Well Tom, I have re-under arrested you.”

“Yes, you are in my custody - I am commandeering this studio as a prison to arrest you, bro.”

“Yes. But I need you to finish the podcast, and if you do a good job, I may un-arrest you.”

“Can we get lunch please?”

“Good idea, you are a model prisoner.”

The pair kept breaking down the clip after Johnston was taken into custody.

“This is embarrassing. These are grown white men. They are filming it like they think it vindicates their side of the story,” said Edwards.

“That’s the best part that he's like  – thankfully he is documenting this,” said Segura.

“Wait until everyone sees my evidence," added Edwards.

“You’re crazy, and I’m taking you to jail. I like that he (Johnston) is telling the cops that he already made a citizens arrest,” concluded Segura.