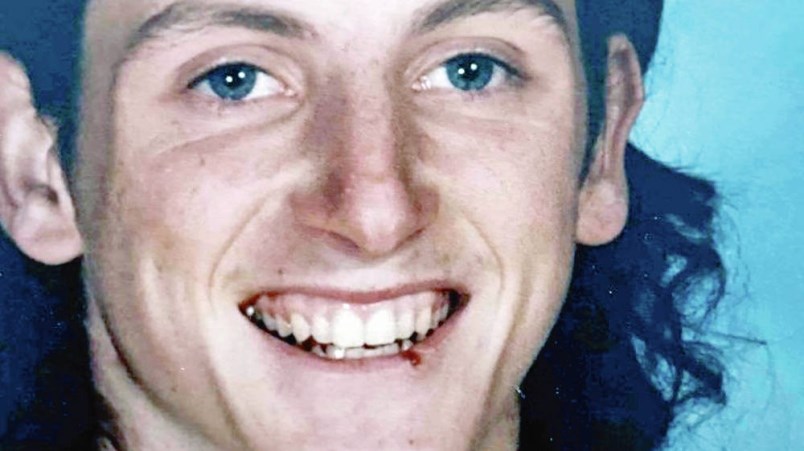 Charles Samuel Salter, a 45-year-old homeless man, was pepper sprayed and then run over twice by a stranger.GoFundMe

Kayleen Salter hadn’t seen her father for four years when she heard that he had been deliberately run over while pushing a shopping cart in Nanaimo.

Charles Samuel Salter, a 45-year-old homeless man, was pushing his cart down Victoria Avenue in Nanaimo on July 10 when he was pepper sprayed and then run over twice by a stranger, in what police believe was a targeted attack on a homeless person.

Kayleen Salter, who lives in Calgary, said a black car drove up beside her father. He and the driver exchanged words, and that’s when the pepper spray came out, she said. The driver then ran over him, backed up and did it again.

Witnesses stayed with him until emergency crews arrived.

Her father remains in hospital in Victoria with multiple injuries, and is on a ventilator.

“There were tire tracks all over his body, from what I heard from one of the nurses,” said Salter, adding her father’s pelvis was fractured, his nose was broken, and one of his legs needed a metal rod and screws. “I’m still pretty shocked.”

Nanaimo RCMP Const. Gary O’Brien called the incident one of the most brazen he has heard of in his career, while Nanaimo Mayor Leonard Krog said it was “a heinous event” that was shameful for the city.

Salter said she didn’t know exactly where her father was before the attack. “I knew he was on the streets.”

She was planning to have a video chat with him Tuesday. She has previously been able to call him, and was told he was holding a thumb up and nodding as she spoke.

Salter started a GoFundMe page with the goal of collecting enough money to travel to Nanaimo and support her father, but she has raised far more than her initial goal of $2,500, and is now looking into setting up a trust fund for her dad. (By Tuesday afternoon, she had raised almost $9,000.)

“Many, many people started donating far more than what I needed, and it turned into this wonderful little fund where hopefully he can pay for his recovery and whatnot,” she said. “I’m overwhelmed. I can’t believe people are so generous.”

She said she has fond memories of her father during her childhood in Nanaimo, before mental-health and substance-addiction issues took over.

Salter said her father has been to Alberta and back over the years, but has mostly lived in Nanaimo.

“When we were much younger, he was a good dad, and just bad choices led him to stay away,” Salter said. “My mom didn’t want us around him when he was like that, and I get that.”

On her GoFundMe page, she wrote that she is “immensely scared” for her father but happy with all of the support being shown for him: “My heart is utterly broken and all I can ask is why, why, why? My brother and I would like to go see our father and show him that regardless of his choices that led him to being on the street, we still love him and want him to recover,” she said.

“I’ll need to take time off of work. I’m currently expecting my second child so this has not been easy news.”

Police continue to investigate. Witnesses have said the car involved in the incident could have been a GMC and that there were several people inside.

Fatal shooting raises questions about use of police service dogs
Jul 21, 2021 11:37 AM
Comments