New shipments of vaccines to the province means faster pace for booking shots
May 6, 2021 4:54 PM By: Nicholas Johansen / Castanet 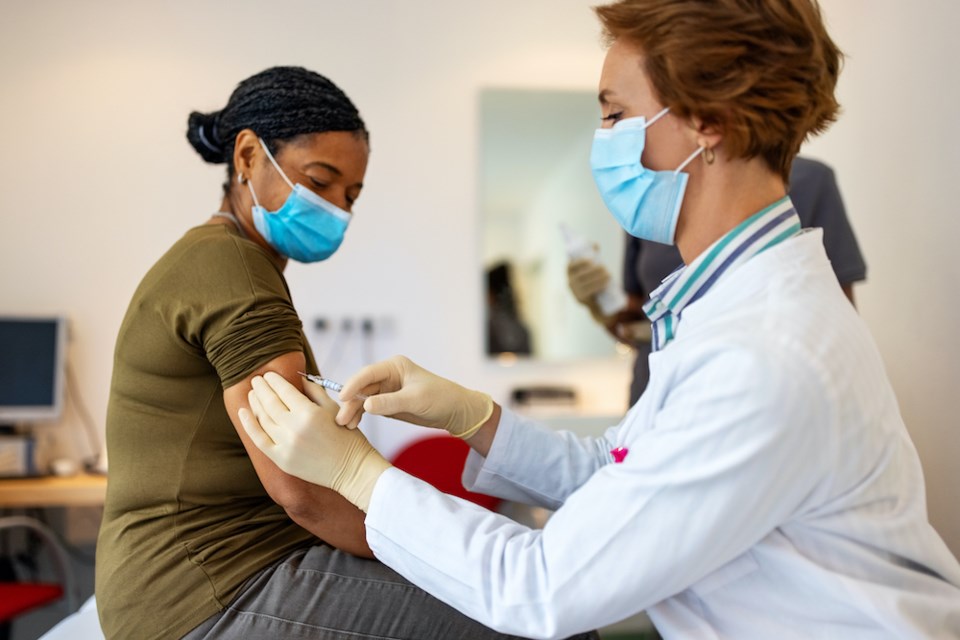 B.C. is accelerating its rollout of COVID-19 immunization bookings after an uptick in dose shipments have arrived in the province.Photo via Luis Alvarez / Getty Images

The age of British Columbians who are eligible for a COVID-19 vaccine is dropping quickly, with those 40 and older becoming eligible by next Tuesday.

As of Thursday, those 49 and older are eligible to book their vaccination appointment. During Thursday's press conference, Health Minister Adrian Dix encouraged all adults in the province to register online or by phone, as those who are registered will be contacted when they become eligible to book.

“With the vaccines that we have been receiving this week, we're now in a place where we can move very quickly down these age groups,” Dr. Henry said Thursday.

Beginning Friday, those 46 and older can book vaccination appointments, followed by those 43 and older on Sunday. Everyone 40 and older will become eligible on Tuesday. Every adult in the province is expected to have access to their first dose of the vaccine by mid-June.

Over the past 24 hours, B.C. set a new record for most vaccines administered on a single day, at 52,266, bringing the total doses administered to just under 2 million. Dix said that daily record will continue to be broken in the coming days as the supply of vaccine increases.

Separate from the age-based rollout, the province has also been vaccinating workers in specific industries, starting with firefighters, police officers and school staff. On Thursday, grocery store employees in the Fraser Health region also became eligible for the vaccine.

Interior Health began vaccinating all staff in the Central Okanagan School District last week, and on Thursday, the health authority said school staff in other Interior districts are also being offered the vaccine now as well.

Pharmacies across the province were also given an undisclosed number of doses of AstraZeneca vaccine over the past month, for British Columbians 30 and over. The vast majority of these have now been administered and Dr. Henry said Thursday that it's unclear when more supply of the AstraZeneca vaccine will be delivered to the province.

If you have registered, you will be contacted to book your vaccine if you are: