A young British Columbia hockey player who died after slamming into the boards during a game in Metro Vancouver is being remembered by a teammate as a "gentle giant," and "one of the best players out there."

Noah Trulsen, 22, was playing with the Bolts in an adult recreational league in Langley on Oct. 3 when team member Gerry Leiper said his friend may have caught an edge while rushing to the bench for a line change.

Leiper said he saw Trulsen's forehead hit the top of the boards and his face shield came down on the bridge of his nose, sending him sprawling to the ice.

The referee and the team's goalie rushed to help, administering multiple rounds of CPR after Trulsen lost consciousness, he said.

"I can't remember if we did one more compression set or the ambulance guys got there. It felt like a long time but it was probably only five minutes, maybe 10 minutes max," Leiper said in a telephone interview.

Trulsen's father, Rick, returned to thank the players, coaches and referees for being there in the final minutes of his son's life, he said.

Leiper manages two Adult Safe Hockey League teams that included Trulsen on their rosters and said he met the six-foot-four, 240-pound defenceman from Maple Ridge, B.C., when Trulsen was searching for suitable recreational team after aging out of minor hockey. 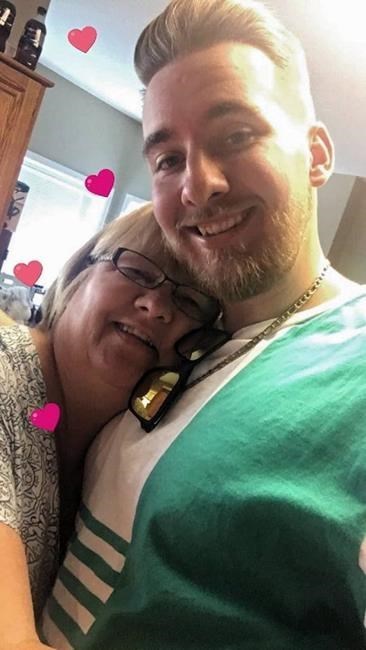 (via Contributed)
"He's the kind of guy who doesn't look like he could play hockey. He looks stumbling and clumsy and awkward, sort of like Zdeno Chara on ice," he said, referring to the captain of the Boston Bruins. "He doesn't look graceful, but when it comes down to the game itself, he's one of the best players out there."

Adam Schwartz, president of the Ridge Meadows Minor Hockey Association, said Trulsen, his brother Matt, a goalie with the Jr. B Mission City Outlaws and their parents have been very involved in the organization and both boys played with the minor league.

"Our community and our hockey association is devastated by the news of the passing of Noah," he said in an interview. "It wasn't a violent act or anything like that. It was just freak accident."

The BC Coroners Service confirmed it is investigating the death.

"The Coroners Service will look to determine the cause of death and any contributory factors," spokesman Andy Watson said in an email.

A post on the minor hockey association's Facebook site also contained a statement from Trulsen's mother, Lorraine, thanking the hockey teams on the ice, paramedics, ambulance attendants, police and health-care workers who tried to save their son.

Members of both teams responded by donating more than $1,000 in restaurant food delivery gift certificates to help the Trulsen family cope with the next few weeks, Leiper said.

Memorial stickers were already being made for the helmets of Bolts players to a remember a young man who Leiper said "was awesome."

You can soon borrow artifacts used at Riverview Hospital in Coquitlam
Aug 16, 2022 2:10 PM