PRINCE GEORGE, B.C. — British Columbia's provincial health officer is encouraging anyone who is offered a different COVID-19 vaccine than the one they first received to take it. Dr.
Jun 22, 2021 5:14 PM By: Canadian Press 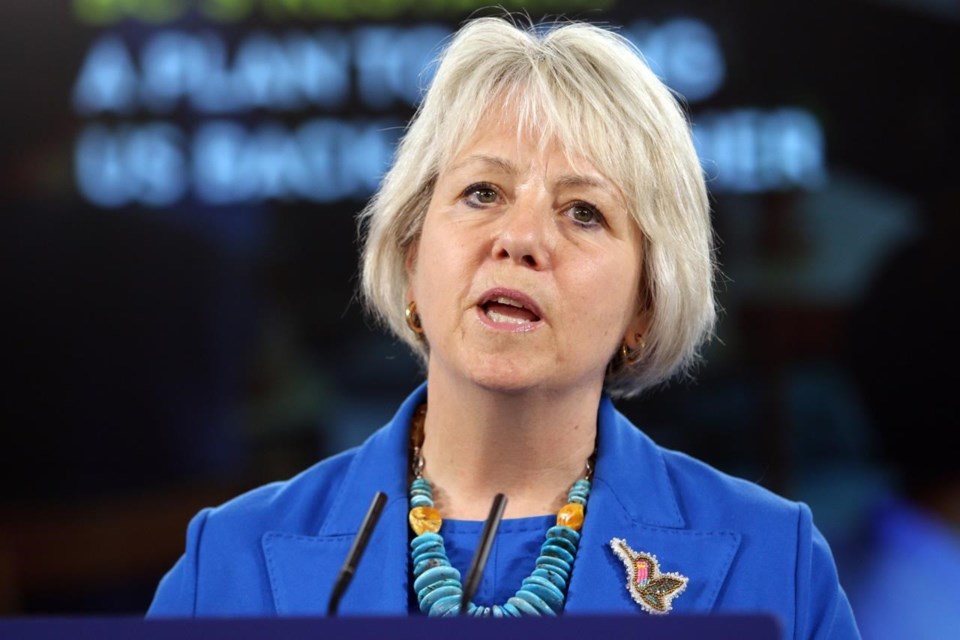 PRINCE GEORGE, B.C. — British Columbia's provincial health officer is encouraging anyone who is offered a different COVID-19 vaccine than the one they first received to take it.

Dr. Bonnie Henry said fluctuating vaccine supply means if you received Pfizer-BioNTech, you may be offered Moderna for your second shot, or vice versa.

The two mRNA shots are essentially the same vaccine in a "slightly different package," which is the same antigen wrapped in different lipids, she said.

"We will do our best to make sure that we have both products available at our clinics, but sometimes that simply isn't possible," she said Tuesday, adding that Pfizer shipments are expected to lag behind Moderna in the coming weeks.

"With the millions of doses of vaccines delivered in Canada and across the world, we are confident that both of these mRNA vaccines are safe and effective and can be used interchangeably."

Henry spoke from Prince George, where she met with colleagues at Northern Health and spoke about how to increase vaccination rates.

Accessibility is one of the biggest barriers in rural communities, she said. She encouraged anyone with ideas for community events or gatherings that would be appropriate hosts for pop-up clinics to pitch their suggestions to the health authority.

She said the province is seeing a sustained drop in new cases, hospitalizations and clusters thanks to climbing vaccination rates.

More than one million people have been fully vaccinated in the province, she said. About 77.7 per cent of adults in B.C. and 76.2 per cent of those 12 and older have received their first dose.

British Columbia recorded 56 new infections Tuesday and there were no new deaths.

There were 1,150 active cases, of whom 111 people were in hospital, including 41 in intensive care.

Health Minister Adrian Dix, speaking from Vancouver, said the province has seen a moderate drop in the number of people choosing AstraZeneca for their second dose, following new advice on mixing and matching vaccines from the National Advisory Committee on Immunization.

On June 1, the federal committee had said AstraZeneca recipients "could" get Pfizer or Moderna for their second shot if they wanted, but last Thursday it went further to say an mRNA vaccine was the "preferred" choice.

The committee's guidance is based on the growing supply of mRNA vaccines, evidence that a second dose of an mRNA vaccine produces a stronger immune response and because of the very low but serious risk of vaccine-induced blood clots associated with AstraZeneca.

Before the new guidance, about half of AstraZeneca recipients were opting for a second dose of the same vaccine, or about 6,000 people per day. Over the past four days, that dropped to under 4,000 a day, Dix said.

The B.C. government is not turning down additional doses of AstraZeneca and expects about 10,000 to be delivered this week, alongside about 896,000 shots of Moderna and 327,000 doses of Pfizer.

Henry is not making a recommendation on which vaccine AstraZeneca recipients should receive for their second dose, instead leaving it up to them to make a personal choice.

She said AstraZeneca is also safe and effective, and those opting for a second dose are making a "perfectly valid decision."

The B.C. government once again extended the provincial state of emergency Tuesday that gives officials extraordinary powers under the Emergency Program Act to support the pandemic response. It is in effect through July 6.

— By Amy Smart in Vancouver.