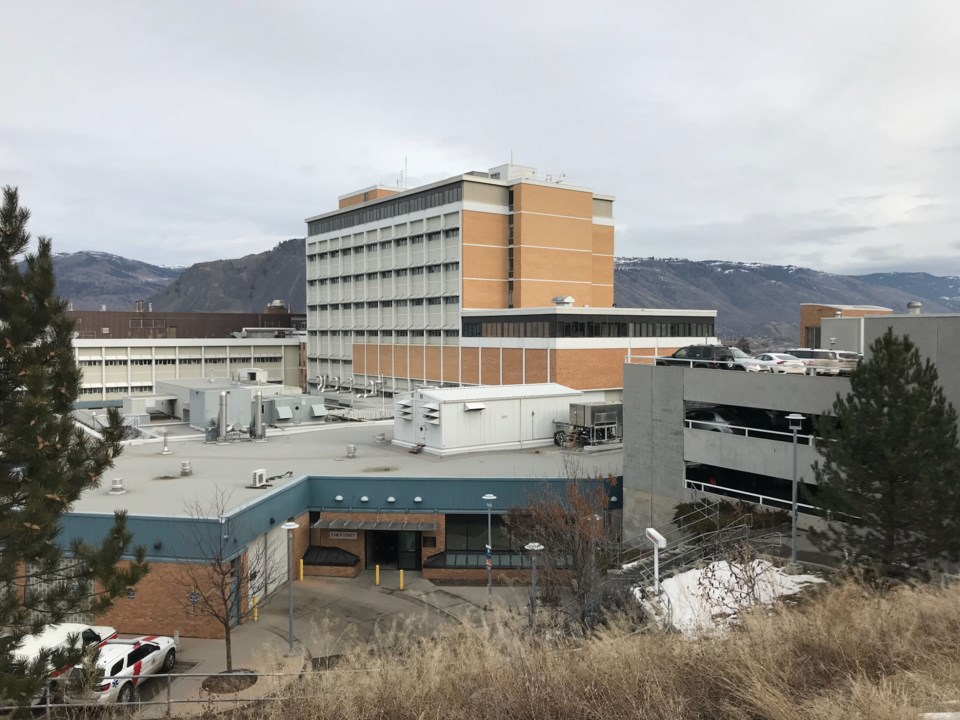 Royal Inland Hospital in Kamloops. While total hospitalizations have been rising recently, slightly lagging behind the skyrocketing cases, COVID-19 deaths in B.C have remained low. (via Eric Thompson)

More British Columbians between 40 and 59 years old have been hospitalized with COVID-19 in recent weeks, likely due to the prevalence of more “variants of concerns” in the province.

The new data is part of Dr. Bonnie Henry's latest “epidemiological modelling” presentation that shows a snapshot of where the province's pandemic currently stands, and where it may be going.

Dr. Henry said people between the ages of 19 and 59 have been driving the rapid rise in infections over the past month, but those between 40 and 59 are ending up in hospital more than they were earlier in the pandemic. That increase can be see in the above chart. Dr. Henry noted many of these people are becoming infected through family, social and workplace contacts with younger people.

While total hospitalizations have been rising recently, slightly lagging behind the skyrocketing cases, COVID-19 deaths in B.C have remained low. Dr. Henry said this is directly attributable to the province's immunization of the oldest and most at-risk British Columbians.

More than 60 per cent of all new COVID-19 cases in British Columbia are now a “variant of concern.”

Driven largely by P.1 and B.1.1.7 variant clusters in the Lower Mainland in recent weeks, these strains have begun taking over the majority of B.C. cases. But in the Interior, these variants make up about 40 per cent of all new cases. Dr. Henry said the majority of Interior variant cases are the B.1.1.7.

The BC CDC says these variants have a higher transmissibility and can cause more severe illness than the standard COVID-19 virus.

While the number of new cases in the Interior remains far lower than the Lower Mainland, the Interior currently has the highest COVID-19 “reproductive number” of all health authorities in the province, which could lead to more rapid transmission in the future.

The R number of a region is the average number of people that one infected person will spread the virus to. When an R number is greater than one, rapid spread is possible. In the Interior, the R number is around 1.6, compared to B.C.'s 1.26. Meanwhile, the Fraser Health region has a R number of 1.31, while the Vancouver Coastal region has seen a dramatic drop in recent weeks, falling to 1.13.

Modelling presented Thursday shows significant transmission everywhere in B.C. since mid-March. Dr. Henry said that the current infectious contact rate across B.C. is about 60 per cent of normal, but to get the current growth under control, reducing that rate down to 40 per cent will be necessary. She did note that in the past week, there have been positive signs that transmission across some part of B.C. may be slowing slightly.

She said it's important British Columbians "step back" from their social contacts to allow the vaccine program to take hold.

Dr. Henry also spoke about plans to vaccinate frontline workers and teachers over the next few weeks, starting in areas where transmission is highest.

How do cats get coronavirus? The BCCDC needs your help examining transmission
Apr 14, 2021 7:20 PM