VICTORIA — British Columbia’s top two doctors are defending the province's approach to releasing data on COVID-19 but say they'll provide more information about case counts in neighbourhoods rather than large health regions so it may be more helpful
May 7, 2021 5:31 PM By: Canadian Press 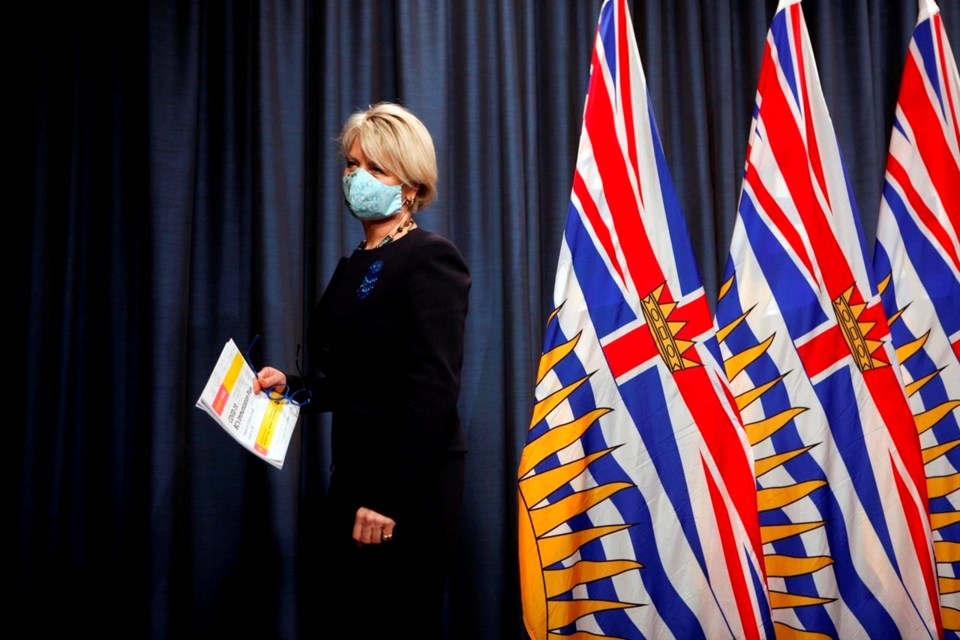 VICTORIA — British Columbia’s top two doctors are defending the province's approach to releasing data on COVID-19 but say they'll provide more information about case counts in neighbourhoods rather than large health regions so it may be more helpful for the public.

Provincial health officer Dr. Bonnie Henry and her deputy, Dr. Réka Gustafson, said Friday they wouldn't characterize data first released to the Vancouver Sun by someone at the B.C. Centre for Disease Control as "leaked" because it would have been available in some form later anyway.

Documents from the centre show higher rates of COVID-19 in some parts of Surrey, for example, but Henry said the province has maintained the city — with a greater number of essential workers — has more cases.

"If you look at our information, most of it, all of it actually, aims to provide the same level of granularity at the provincial level," Gustafson said.

"It wasn't yet of the validation or the standards that we were necessarily ready to put it out proactively," she said, adding the goal in the coming weeks is to provide neighbourhood-level immunization and case counts at the same time so they can be compared with other areas.

Information about outbreaks is being used by local public health officials to take action and data are analyzed before being released so there wasn't an effort to keep anything from the public, Gustafson said.

Henry said the province has prioritized vaccination for workers in high-risk jobs, but there's also been an effort not to publicize areas with higher transmission of the virus to avoid stigma and racism.

“We have seen repeatedly that there are people who are stigmatized, who have COVID, and we only need to look at the anti-Asian racism that we’re seeing, the anti-Indigenous racism that we're seeing. So it is about finding that balance and doing the best with the data that we have.”

She said that while COVID-19 data are available on First Nations, it can't be collected for ethnic groups, which the pandemic has revealed face systemic inequities including low wages across the country.

However, that information is needed in order to better support various groups of people, Henry said, adding information on gender and occupations also needs to be collected and presented in a standardized way across the country so it could be reported to the Public Health Agency.

British Columbia reported 722 new cases of COVID-19 on Friday and seven more deaths, for a total of 1,602 fatalities.

So far, 45 per cent of B.C. residents who are eligible for a vaccine have received at least one shot.

Anyone aged 49 and up can now book an appointment as part of the province’s age-based stream of the vaccination program, which is also providing vaccines to younger people in hot spots while ramping up immunization for front-line workers.

This report by The Canadian Press was first published May 7, 2021.