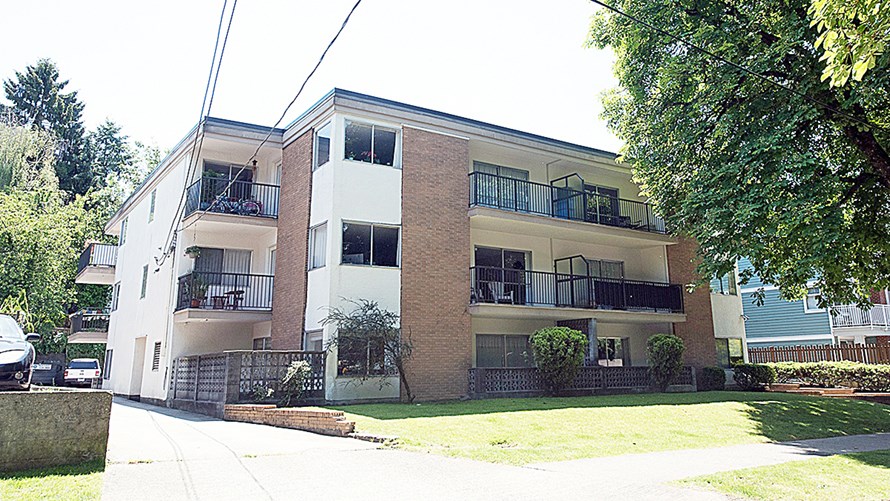 With a near freefall in Metro Vancouver, British Columbia housing sales will plunge 23 per cent this year, according to the BC Real Estate Association (BCREA), and the projected 2019 recovery will be led by centres outside of the Lower Mainland, particularly in the Kamloops region and the north.

In Metro Vancouver, the real winners in 2019 will be existing residential landlords who can expect high demand, less competition and low vacancy rates, based on Western Investor's analysis for its annual residential investment outlook.

Despite a 35 per cent plunge in Lower Mainland housing sales this year, home prices remain the highest in Canada while rising mortgage rates will also help to keep buyers sidelined. As of October there were more than 20,000 homes for sale through the Real Estate Board of Greater Vancouver (REBGV) and the Fraser Valley Real Estate Board, up 42 per cent from a year earlier, as sales cratered in both markets. Yet the composite benchmark home price in the Lower Mainland is $995,000 – nearly twice as high as the national average and up 2.9 per cent from October 2017, according to the REBGV. The benchmark detached-house price, now at $1.28 million, is down 2.7 per cent from the same period last year.

The Metro region will welcome 59,300 new residents this year and another 61,000 in 2019, more than 90 per cent of whom will move into the Lower Mainland. The majority of the newcomers will be renters, because Metro Vancouver has the least affordable homes in Canada, based on home prices and incomes, according to both the Royal Bank of Canada and Zoocasa Realty Inc.

The BCREA is forecasting that, after falling to 80,000 sales this year, total residential transactions through provincial real estate boards will increase 12 per cent in 2019 to 89,500 units.

Dane Eitel, a Vancouver residential real estate agent and president of Eitel Insights, however, contends that the Metro Vancouver detached-housing market will not bottom for three years. His advice to investors: sell now and begin buying back in during the fourth quarter of 2021, which will be the bottom of the market. The breakout will begin then with a new price peak reached in mid-2023, Eitel forecast.

Steve Saretsky, a Vancouver real estate agent who publishes the monthly Saretsky Report, said the benchmark prices used by real estate boards disguise the extent of the price declines across the Lower Mainland. He noted that average Vancouver detached-house prices have fallen 20 per cent in the past year.

“We are seeing more forced sales as a result of Vancouver’s vacancy tax and B.C.’s proposed speculation tax, which is slated to begin starting January 2019,” Saretsky said.

Vancouver’s empty-home tax is 1 per cent of a home’s assessed value. The B.C. speculation tax, which covers all of Metro Vancouver, the Victoria capital region, Nanaimo and most of the central Okanagan, is 0.5 per cent of the property value for Canadian residents and 2 per cent for foreign buyers.

Canada Mortgage and Housing Corp. (CMHC) is expecting Metro region home prices to drop across the board. In its recent housing outlook for B.C., the federal housing agency forecast that the composite average home price in the Vancouver Metropolitan Area, which includes much of the Fraser Valley, will decline 9.8 per cent by 2019 and 14 per cent by 2020.

Meanwhile, pre-sales of new condominiums are falling and expected to slow further because of the increase in the B.C. foreign-homebuyer tax to 20 per cent of a property’s value and onerous regulations for investors under B.C.’s new Condo and Strata Assignment Integrity Register.

“We will not allow real estate speculators and tax frauds to take advantage of loopholes in the system any longer, and this register sends a clear message. The days of avoiding taxes through condo flipping are over,” said a tough-talking Carole James, minister of finance.

Pre-sales of condos – which have been a primary source of new rentals – in Metro Vancouver had already fallen 40 per cent from January to June of this year, according to research firm MLA Canada. Condo developers, however, rely on pre-sales to acquire construction financing, so a drop in buyers could lead to the cancellation of new projects. A 12 per cent surge in construction costs could also help to derail Metro condo buildings plans, according to a panel at the November 1 Vancouver Real Estate Strategy and Leasing Conference in Vancouver.

As of mid-year, 22,500 new condo units in 245 projects were being marketed as pre-sales and 2,400 of these units remained unsold, according to Altus Group. That unsold inventory nearly doubled to 4,477 units as of the third quarter, reports Urban Analytics.

According to CMHC, the current Metro region rental vacancy rate of 1.1 per cent would rise almost imperceptibly to 1.3 per cent over each of the next two years but the average rent for a one-bedroom apartment will increase 16 per cent to $1,400 per month by 2020.

It is cities outside of the Lower Mainland that are expected to be the star performers for residential investors next year.

Kamloops, the second most affordable city for housing in B.C. and biggest city exempt from the provincial speculation tax, is among the bright spots for 2019, according to the BCREA.

Kamloops will see a 3.6 per cent increase in average home prices and a 2.3 per cent rise in housing sales next year, the association said.

With a median household income of $73,822 and an average home price of $407,000, the city is among the most affordable home markets in B.C., according to a study by Zoocasa.

However, it is Prince George, ranked No. 1 for affordability by Zoocasa and the biggest city in the suddenly booming north, that may rank highest for rental investors next year. Prince George’s average home price is $315,400 and the median household income is $78,422 – higher than in most of the Lower Mainland, including the city of Vancouver, where the median household income is a relatively paltry $65,327.

The start of B.C.’s liquefied natural gas (LNG) industry, with the go-ahead given for the $40 million LNG Canada project in October, is expected to accelerate migration to Prince George. The city’s rental vacancy rate was 3.7 per cent in 2017, according to CMHC, but could tighten this year and next. Prince George, with a youngish population of 74,000, has fewerthan 400 new homes under construction and nearly every unit is pre-sold or booked as a rental.

Kitimat, the site of the LNG Canada export terminal, and neighbouring Terrace, are seeing a rush of new construction of investor-friendly townhouses and condominiums. Fort St. John – where BC Hydro’s Site C dam is under construction – and Dawson Creek are the key northeast cities for the $6 billion Coastal GasLink pipeline development to feed LNG Canada.

The north will see B.C.’s highest average home price increase next year, spiking 10.4 per cent to $320,000, according to BCREA.