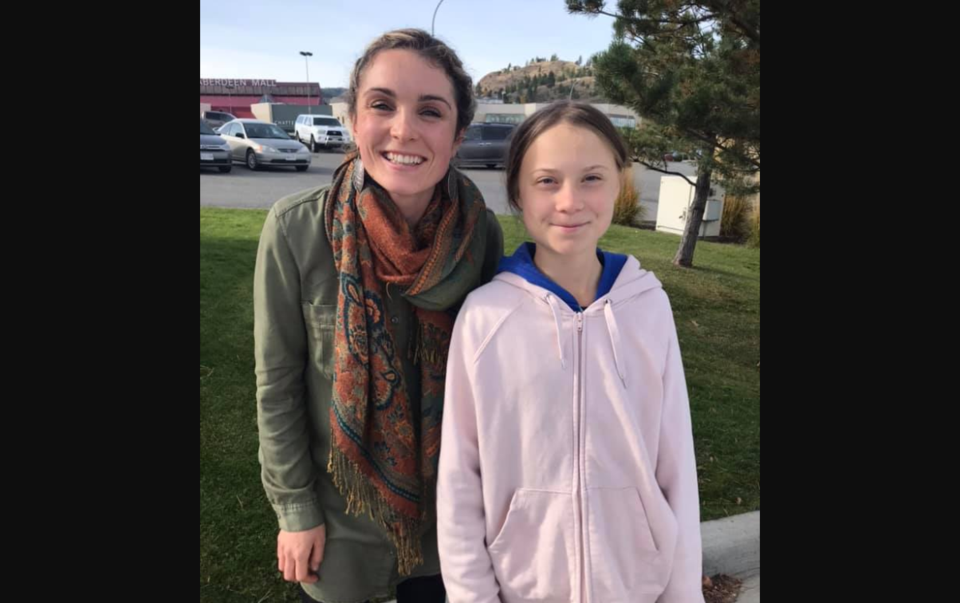 The young woman stopped by Kamloops around lunchtime yesterday (Oct. 23) on her way to Vancouver for a climate strike event Friday (Oct. 25).

She's travelling North America in a Tesla after arriving earlier this year via sailboat in New York to speak at the United Nations.

Kamloops resident Angie Halas ran into her on her lunch break at the Tesla charging station in Aberdeen.

"Whether you agree with her actions or not, Greta Thunberg’s rocking the boat and opening up the dialogue on climate change," Halas wrote on a Facebook post. "Excited to meet her."

Thunberg was recently in Alberta where she faced a mixed reaction from locals. Up to an estimated 10,000 (according to organizers) marched with her in Edmonton and she met with First Nations leaders from northern Alberta. At the same time, a truck convoy planned a counter-protest and a mural of Thunberg was defaced just a couple days after it was painted.

Thunberg came to prominence last year when she began to protest out front of the Swedish parliament instead of going to school.