What are those 'tumbleweeds' of white fluffy stuff in Vancouver? (VIDEOS)

Are they harmful? Do they cause allergies?

Have you seen any snow in the city lately?

Vancouverites don't see a great deal of actual snowfall in the average year, but they do have other noteworthy "snow-like" spectacles to enjoy — and a couple of them happen during the spring.

Cherry blossom season sees people from all walks of life gathering in droves to take pictures of the powder-pink canopies; they also photograph the delicate blossoms on their descent toward the ground, too.

Toward the end of cherry blossom season, all late-season trees have finished blooming and many streets are covered for blocks in "pink snow."

Once the last pink petals have faded from view, Vancouverites are privy to another airborne "snow-like" display: white, feathery-looking fluff balls seemingly drift through the city  — and it isn't just a few of them.

In certain areas, it almost looks like it's snowing because there's so much of the fluff. And once it makes it to the ground it can accumulate, which often results in fluffy "tumbleweeds" on the side of roads. 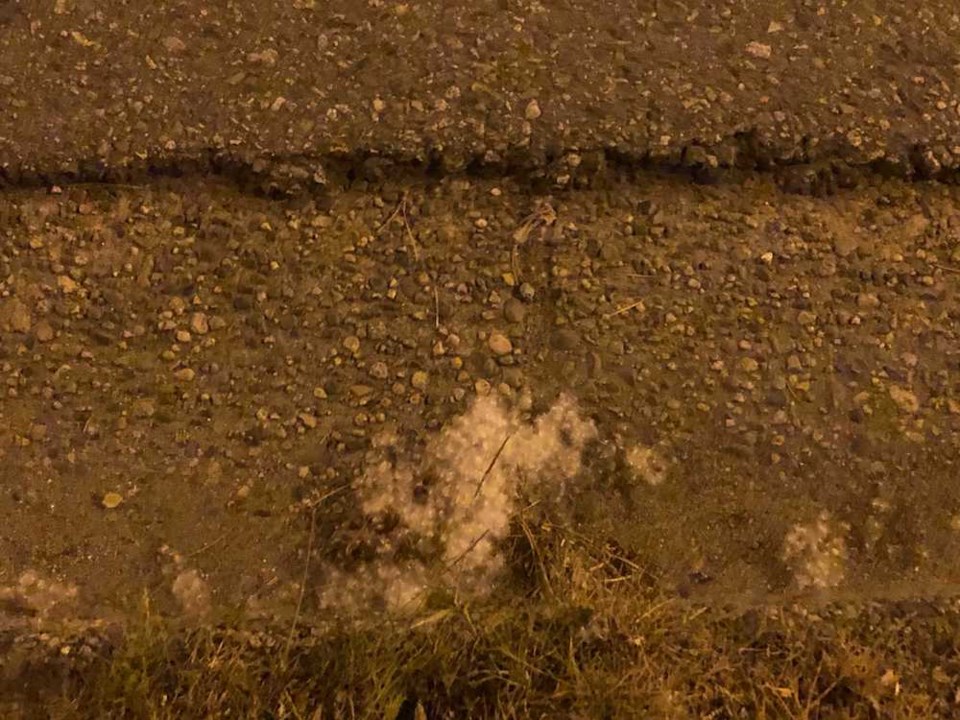 But what exactly are these fluffballs?

Quentin Cronk, Professor of Botany at the University of British Columbia, told Vancouver Is Awesome that the fluffy stuff is actually black cottonwood seed (Populus trichocarpa) — the main poplar tree in Vancouver. The tree gets its name from the white hairs on mature seed which float through the air like wisps of cotton or snow.

When asked why the trees produce so much seed, Cronk said that only a tiny fraction will produce new trees, "so the trees need lots of seed to have a chance of replacing themselves."

And what are the right conditions?

"Damp bare soil in the open," he explained. "And the seedlings are tiny so many don't make it."

If you're seeing a great deal of the fluff lately, that's because the seedpods have a "narrow window" to ripen and split open: "when the weather is warm and sunny in late May or early June."

Cronk added that this "mass release" causes a few days of "summer snow" which is a "lovely reminder of the changing seasons in Vancouver that we should treasure."

"The tiny seeds and their cotton seed hairs are not allergenic. However, they are produced at a time when pollen is also produced, so pollen allergies are blamed on the seeds (which people can see) rather than the true culprit, pollen (which they can’t see)," he explained.

"It is possible that the seed hairs could trap some pollen in the air, but it is more likely that people are getting their allergenic pollen directly from the air and not what is trapped on the seed hairs."

How this iconic Vancouver Chinatown store adapted to the pandemic (VIDEO)
May 20, 2021 3:08 PM