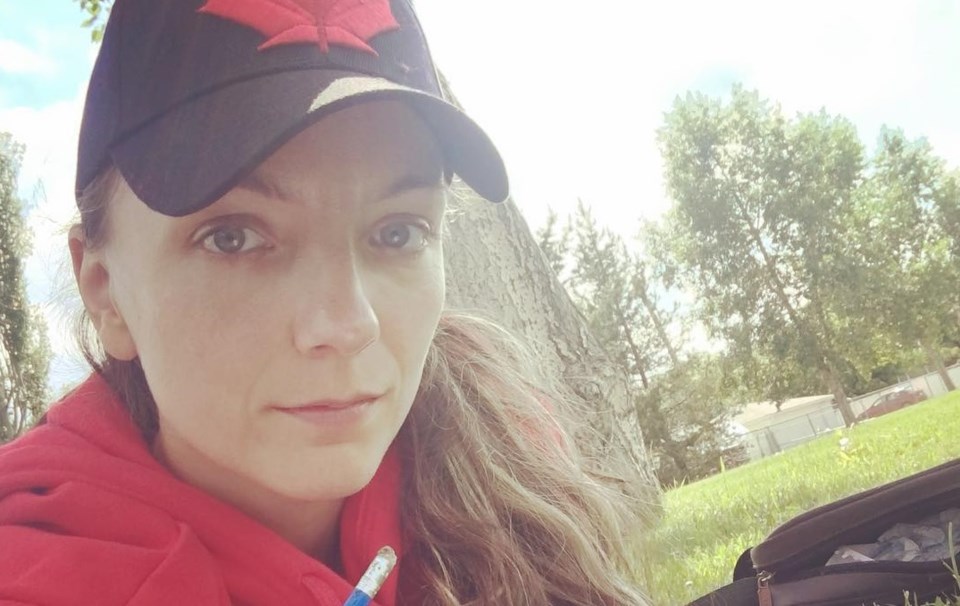 A Kamloops mental health advocate currently biking across Canada is staying put in Saskatoon while police try to locate two northern B.C. murder suspects believed to be in northern Manitoba.

Marlene Hibbs tells KamloopsMatters it's in her best interest to stay off the road for another day.

"It'd be irresponsible for me to (keep riding)," she says in a phone interview from Saskatoon, Tuesday (July 23).

"I understand fully how easy it is to travel up and down the provinces if you really want to. If I’m motivated on my bike, than these guys in their cars, or by whatever means they want will get around, they may be in Manitoba," says Hibbs. "But that’s not far from where they were spotted in Saskatchewan just the very same day, meaning they (police) don’t know where they are and I’m not risking that."

The decision to stop her Kamloops-to-Ottawa tour momentarily is tough, she adds.

"I feel like my word is all I have, and to have to withdraw that, I think people would understand that it’s so hard. Because I’ve put everything that I have and that I am into this. I’m very passionate about this (cause)."

The mother-of-two, who left the Tournament Capital on May 24, is hoping to eventually reach Parliament Hill to talk mental health reform with Prime Minister Justin Trudeau.

Her next big leg of the trip was a 500-kilometre ride across Manitoba, one she was aiming to start on July 31.

"For me to have made the July 31 date, I’d have to leave today, if not Thursday at 3 a.m.," says Hibbs. "This (investigation) puts things on hold."

She adds her heart goes out to the victims' families.

"It is a heinous crime. There’s been a lot of emotions because it really speaks to the unresolved trauma in our country. Who are these boys and what happened in their lives that they would do this to other people?"

On Tuesday (July 23), B.C. RCMP announced two Port Alberni men were considered suspects in the murders of Lucas Fowler and Chynna Deese on the Alaska Highway, and the death of a man on Highway 37 near Dease Lake.

Police say the pair, Kam McLeod, 19, and Bryer Schmegelsky, 18, are considered dangerous. By Tuesday afternoon, Manitoba RCMP reported the men may have been seen in Gillam, about 1,100 km northeast of Winnipeg.

"We believe that they're likely continuing to travel but we don't have a possible destination," said B.C. RCMP's Sgt. Janelle Shoihet during a press conference.

McLeod is described as:

A burned-out vehicle was found on the Bird reserve, near Gilliam, Man., according to Fox Lake Cree First Nation Chief Walter Spence. He could not immediately confirm whether it’s connected to the wanted teens, though photos starting to be shared across social media show a grey SUV matching the description the pair was last seen driving.

Anyone with information about McLeod's or Schmegelsky's whereabouts is asked to call 911.

This Kamloops woman is biking across Canada for better mental health services
May 30, 2019 2:35 PM