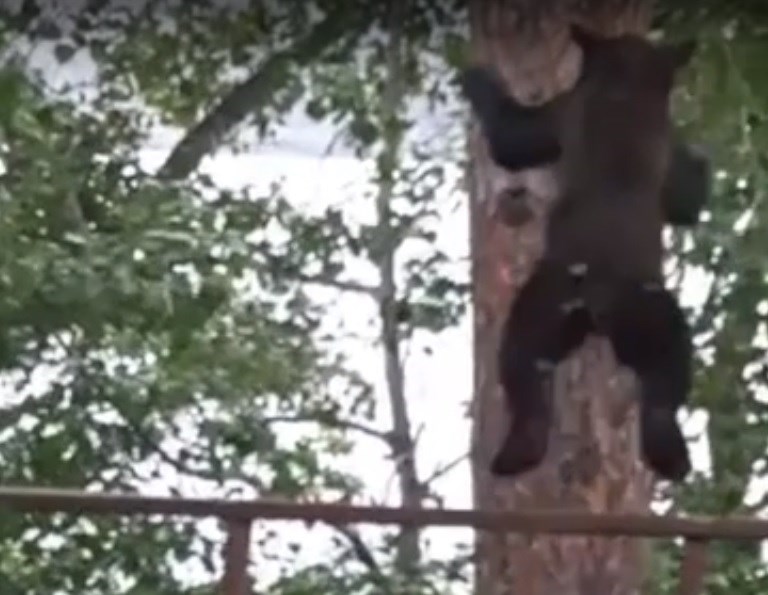 A Peachland resident got quite the show Wednesday morning (June 26).

Jay Robertson was inside his home on Renfrew Road watching TV when he heard a noise coming from his patio.

"I thought it might have been a pine cone, and then I heard what sounded like someone walking on the deck, like 'thump, thump, thump,'" he says.

To his surprise, a bear popped its head up and started to climb up his railing.

"It was at the edge of the deck, crawled to the top. It was seven feet to the trees, and it leapt over, grabbed on and climbed down," he says. "I've never seen a bear jump like that."

Bears have been frequenting the Peachland neighbourhood, and residents should store garbage in a secure location, such as inside a shed or garage.