This funny cartoon depicts how Vancouverites feel about apartment prices

It's funny 'cause it's true.

How do you feel about the price of real estate in Vancouver?

While prices vary across the city (the west side tends to be more expensive than the east), homeownership isn't within reach for many Vancouverites. The city also continues to see the country's highest median rents for both one and two-bedroom apartments.

Now, a cartoon has surfaced on social media that shows the disparity between the amount of money someone pays for an apartment versus what they actually get. In this case, it isn't much.

Geoff Olson, a Vancouver-based editorial cartoonist, shares his work on Instagram, his website and in various publications in B.C. But a piece he did a couple of years ago on Vancouver's housing market remains relevant today.

In the cartoon, an eager couple is discussing purchasing a "microloft" in a building multiple storeys tall. With a $65,000 price tag, the man excitedly announces, "We're in!"

When he asks when the building will be completed, the real estate agent tells the pair that "this is the building" as she motions to the prototype.

The cartoon was shared Reddit Tuesday (June 8) and has been upvoted over 1,000 times at the time of this writing. 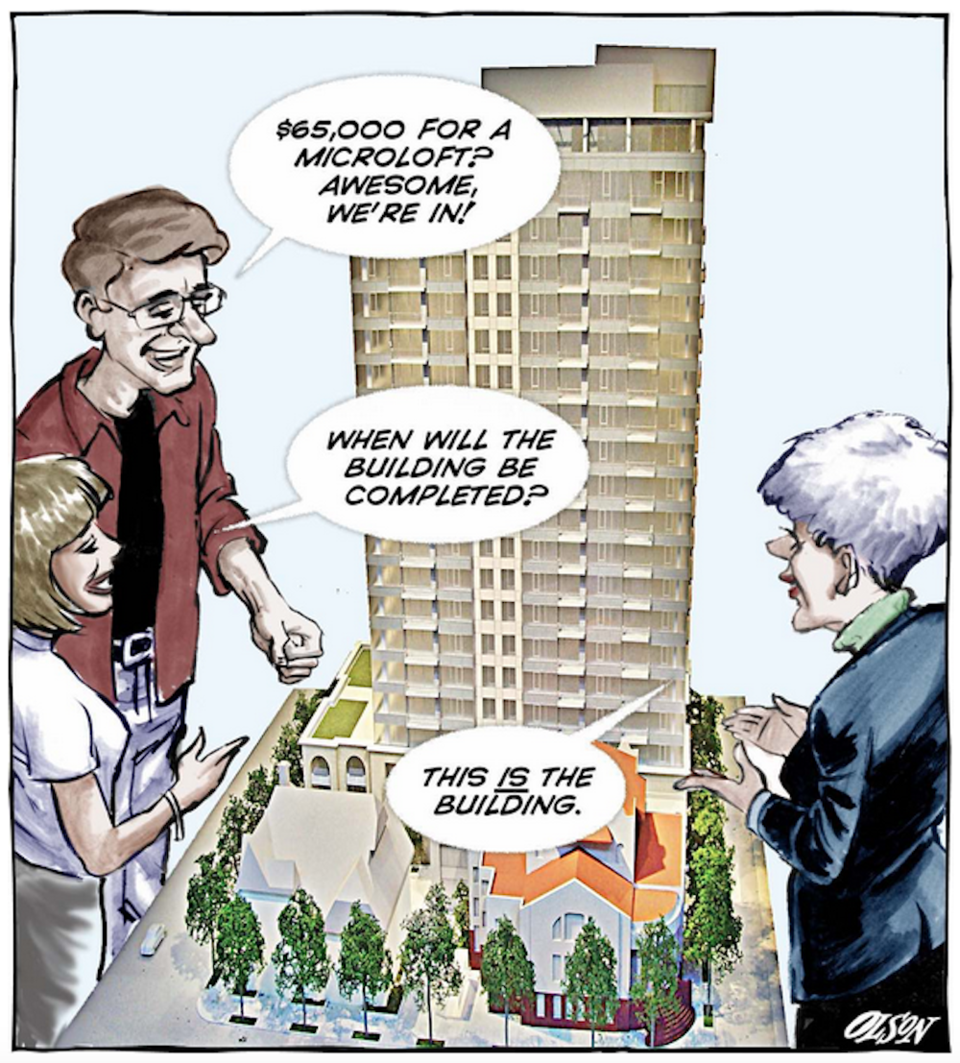 Do properties on Vancouver's west side seem more expensive to you?

Okay, that might be a rhetorical question — but you may have wondered why there was such a marked disparity between the two sides.

Find out why the price tag might include an extra 0 or two once you slap a "W" on your Vancouver address.

With files from Brendan Kergin