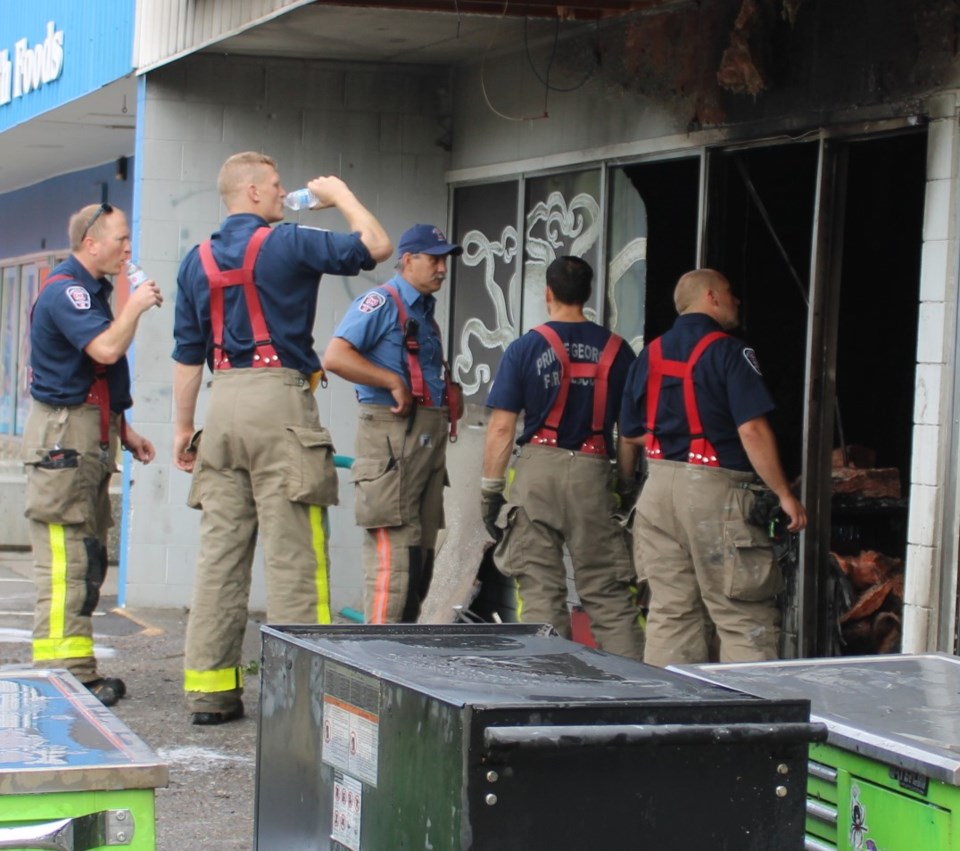 Firefighters were called the business, located in a strip mall at 1616 20th Ave., at roughly 6:30 a.m. Crews found heavy smoke and flame coming the business, and from the eaves of the adjacent businesses, Prince George Fire Rescue said.

Fire fighters made a quick attack on the fire and used fan pressurization to prevent the blaze from spreading to the rest of the strip mall. A total of 19 fire fighters were called to battle the fire, and crews were on the scene for three hours.

No injuries were reported, but the damage is estimated to be roughly $200,000 and left the shop's interior a charred ruin. Neighbouring businesses were shut down for the day.

Cause of the fire is believed to be suspicious.

A fire investigator with the Prince George RCMP has been called to the scene and police are asking for dashcam footage or anyone who may have witnessed suspicious activity in the area between 6 a.m. and 6:35 a.m. to contact RCMP at 250-561-3300.

Meanwhile a fundraising campaign has been launched through GoFundMe to help the shop get back on its feet.

"The artists, Theresa, Katie, Nadina, and Petra have lost their priceless art and work, supplies, machines, ink, merchandise, artifacts, books, and their shop. With everything else going on this year, nobody deserves to lose their means of providing for themselves and their family, so lets help them rebuild," campaign organizer Carolyn Alton says in an online posting.