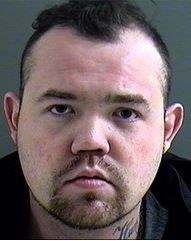 Prince George RCMP are on the lookout for a suspected drug trafficker.

A warrant for his arrest was issued June 9 after he failed to appear in court.

He has been charged with four counts of trafficking from arrests in August and October 2018 and for resisting arrest and fleeing police two counts of driving while prohibited or licence suspended from two more recent alleged incidents.

Police said Thomson is considered violent and should not be approached. Instead, you're asked to call RCMP immediately.

Tips can also be left anonymously through Northern B.C. Crime Stoppers at 1-800-222-8477 or online at www.northernbccrimestoppers.ca (English only).

You do not have to reveal your identity to Crime Stoppers. If you provide information that leads to an arrest or recovery of stolen property, you could be eligible for a cash reward.