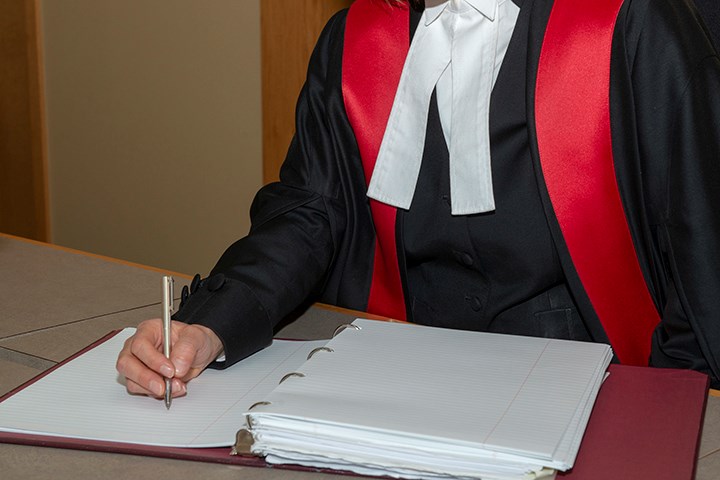 A man was sentenced Tuesday to six months 18 days in jail for colliding with a Prince George RCMP cruiser while behind the wheel of a stolen car.

Rodney Alexander Courtoreille was also prohibited from driving for three years and must serve one year probation at the end of the jail sentence for the Feb. 18 incident.

It began shortly after 1 a.m., when RCMP spotted the car in a parking lot at the corner of Central Street West and 15th Avenue.

Suspecting it was stolen, RCMP activated their emergency lights. In turn, the driver attempted to drive away but hit the police vehicle instead.

Police then surrounded the car and, when the two refused to comply with a command to get out, one of the occupants was tasered, RCMP said.

The pair were taken into custody while a subsequent search of the vehicle uncovered a machete and a disguised conducted energy weapon within reach of the driver, police said at the time.

Courtoreille, who remained in custody for 42 days following his arrest, was issued the terms on counts of dangerous driving, fleeing police, possessing stolen property under $5,000 and possessing a weapon for a dangerous purpose.

Co-accused Katheryn Karoline Lynne Cadieux was sentenced in March to 18 months probation for resisting arrest and breaching probation. She had been in custody for 21 days by that time.